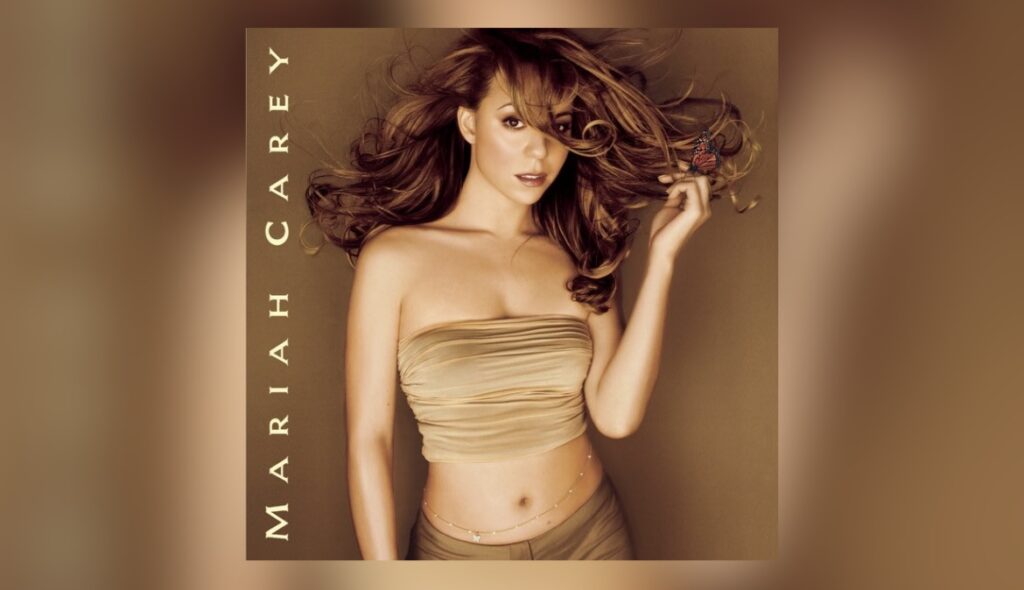 Mariah is an artist with many albums, each with its own “era” — the looks and sounds that define the campaign period. That being said, at a high level, there are really just two Mariah Carey eras: pre- and post-Butterfly.

The pre-Butterfly version of Mariah is a muted version of the icon — a version of her with limited say in what kind of music she made, what she wore, and ultimately, how she presented herself to the world.

Though she would declare emancipation in 2005, Mariah’s true emancipation came in ’97. That year, she leaned further into contemporary R&B she took more risqué fashion choices; and she separated from an abusive husband who was old enough to be her father. The first two of those points cannot be properly understood without understanding the third.

The abusive husband in question is Tommy Mottola, the man who gave her a record deal and the head of her label at the time, Columbia Records. While Mariah is undoubtedly a once-in-a-lifetime talent who probably would’ve been successful regardless, it’s fair to say that the priority treatment she enjoyed probably didn’t hurt. However, with her powerful soon-to-be ex-husband no longer in her corner — and allegedly now working against her — things were about to change.

Before we delve further into the surrounding drama, let’s get into the music.

Butterfly is widely considered to be Mariah’s magnus opus — the singer herself calls it her favorite album — and even though we prefer Daydream around these parts, that is certainly not a controversial opinion. In this era, Mariah shed the adult-contemporary-ish image that had been forced on her by the label and started making songs that were more reflective of the fly young woman she was. With the ODB collabo just two years behind her, Mariah made it clear that the “Fantasy” remix wasn’t a one-off experiment with hip-hop.

On “The Roof”, Mariah describes a rendezvous (that we later found out was with Derek Jeter) over the beat of Mobb Deep’s “Shook Ones, Pt. II”, while “Breakdown” (featuring Krayzie Bone & Wish Bone) interpolates “Tha Crossroads” by Bone Thugs-N-Harmony. And then there’s “Honey,” the album’s first track and lead single, and a club banger for the ages. Produced by Mariah along with Diddy, Stevie J and the Ummah (comprised of Q-Tip and Ali Shaheed Muhammad from a Tribe Called Quest), the song samples two hip-hop classics: “The Body Rock” by the Treacherous Three and “Hey DJ” the World’s Famous Supreme Team.

“Babydoll,” which Mariah wrote with Missy Elliott, Stevie J and Cory Rooney, is the first true baby-making song of her career. She’d sung about sex before, but for the first time, she made a song that was truly sexy. We get a bit more of that sex appeal on her cover of Prince’s “Beautiful Ones,” which was sung with then-newcomers Dru Hill.

“Fourth of July” was a naked attempt to recreate “Underneath the Stars,” and while she was unsuccessful, the results are respectable and the attempt shows that her head was in the right place.

Butterfly is often talked about like it was a clean break from everything Mariah used to be, and while that might be true image-wise, it certainly wasn’t true when it came to the music. Mariah the balladeer was ever-present, with songs like the title track, “Close My Eyes,” “Whenever You Call,” “Outside” and “My All,” the album’s only other single.

Yes, you read that right. There were many videos — five, to be exact — made for Butterfly tracks, but due to chart rules at the time, a song was not a single until it was issued as a CD, tape or vinyl. If you’re a bitter soon-to-be ex-husband who runs the record label to which your soon-to-be ex-wife is signed, this is a perfect opportunity for sabotage. And that, he did.

“Honey,” the lead single, got the full single treatment and went on to debut at No. 1, making it Mariah’s third single to achieve that feat and the sixth song ever to do so. Basically, at the time, half of the songs to do that were Mariah Carey songs. The impact.

Before “Honey,” Mariah was in a three-way tie with Whitney Houston and Madonna for the most No. 1s among solo female artists (11) — and she was by far the quickest to arrive at that record. She now had 12 No. 1 hits on the Billboard Hot 100, tying her with the Supremes for the all-time record among female acts.

After “Honey,” there were three songs that got music videos but never charted because no single was issued: the title track, “Breakdown” and “The Roof.”

The fifth video from the album, “My All,” got the single treatment and would ultimately top the Hot 100, giving Mariah the all-time record among female acts — she’d go on to add six more to that tally over the next two decades, putting her above all solo acts and only second to the Beatles. One could argue that if the only two singles — released nine months apart, by the way — from Butterfly were No. 1 hits, Mariah might have an additional one or two No. 1s under her belt if Tommy Mottola wasn’t being such a hater. We’ll never know for sure.

The demise of Mariah’s marriage to Tommy also fractured professional relationships. The Butterfly era would bring her longstanding partnership with Walter Afanasieff to an acrimonious end. According to Walter, Mariah wanted to leave Columbia following her separation from Tommy and wanted him to come with her — the two co-wrote and co-produced some of her biggest hits, including “One Sweet Day” (with Boyz II Men), “Hero” and “All I Want for Christmas Is You.” In one interview, he explains that he had an exclusive contract with Sony Music Entertainment, Columbia’s parent company. In another, he says that the end of their relationship was so abrupt — there was an apparent screaming match — that they didn’t get to finish a lot of the songs they co-wrote for Butterfly, including “My All.” Mariah, on the other hand, has said much less about the end of their partnership, but in a 1997 interview, she indicated that he had betrayed her.

While Butterfly is often seen as Mariah’s “breakup album,” only two of its tracks — “Butterfly” and “Close My Eyes” — are about her marriage with Tommy Mottola. The album, however, was far more autobiographical than her previous projects. In addition to the songs about Tommy, “Outside” talks about her multiracial identity in ways she hadn’t before, while “My All” and the previously mentioned “The Roof” are about her then-fledgling relationship with Mr. November.

Butterfly debuted at No. 1 on the Billboard 200. It didn’t match the commercial success of its immediate predecessor, Daydream, but it sold well over 10 million copies despite clear evidence of sabotage. The out-of-touch critics of the day provided the usual mixed reviews, but true R&B fans understood it to be one of the greatest albums ever made. And 25 years later, it remains one of the best in Mariah’s catalog and a prime example of how good music can be when artists trust their instincts.