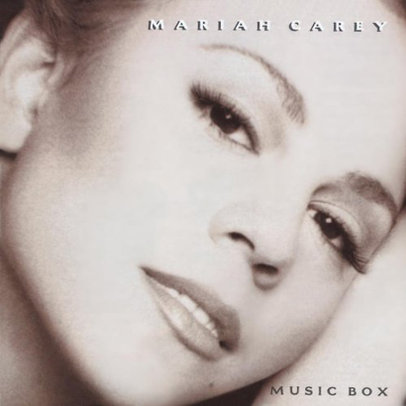 It was the summer of 1993. With two studio LPs and one live album under her belt, a then-23-year-old Mariah Carey was now an established artist; and on this day in that year, she released what would become her best-selling album to date: Music Box.

In numerous interviews, Mariah has mentioned that her label would always try to steer her towards ballads in the early years of her career — it was the era of big vocals, so in many ways, this made perfect business sense. And with seven out of the 10 tracks on Music Box — and three of its four singles — being ballads, the evidence is on Mariah’s side. As you can imagine, the critics had their panties in a bunch, calling the album “calculated” and all of the other bullshit terms reserved for popular artists that aren’t feigning an earthy persona.

For all of the supposed calculation, Music Box saw Mariah venturing further into new artistic territory. She was showing more of a propensity towards contemporary R&B than ever before; the single version of “Someday” is, in my opinion, the earliest evidence of this, but she makes a bolder artistic statement with “Dreamlover,” which samples the Emotions’ “Blind Alley” (which had also been sampled on Big Daddy Kane’s “Ain’t No Half-Steppin'” just five years prior). If you have any doubt that “Dreamlover” was any indicator of what was to come, I’d like to call your attention to the fact that it was co-written and co-produced by Dave Hall, who had worked with Mary J. Blige, Heavy D and Brand Nubian.

Unfortunately, the album’s legacy seems to be defined by “Hero,” a song Mariah had written for Gloria Estefan but was convinced to hold onto by her label. It’s not a bad song, but if there was any track that actually deserved the “safe” label, it’d be this one. The song has taken on a life of its own, becoming sort of a soundtrack to the healing period after major tragedies.

Music Box is a solid body of work, and no matter what anyone says, it will never change the fact that it is Mariah’s biggest commercial success. And with over 30 million copies sold worldwide, it is one of the best-selling albums of all time. My favorite song on the album, “Dreamlover,” also happens to be the first Mariah song I ever knew, so it has a special place in my heart. Watch the video below.