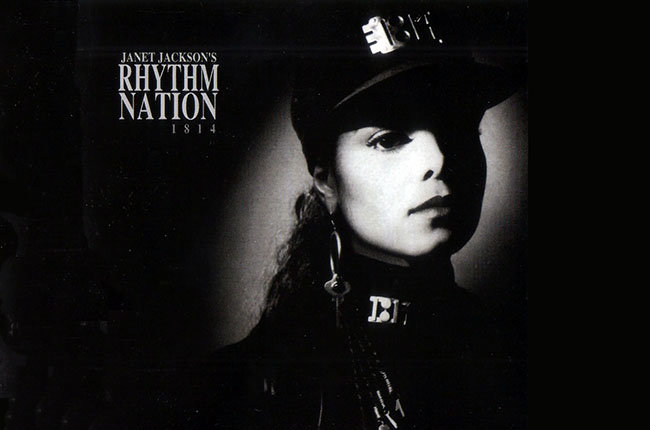 Today in 1989, Janet Jackson released her fourth studio album, Janet Jackon’s Rhythm Nation 1814. For most artists, an album this good would be their best by far, but when you’re the same woman who gave the people Control and Janet, this is just another album. She pisses excellence every morning.

While we could debate what album is her best, there is no debating that Rhythm Nation is Janet Jackson’s most important work. In discussing said importance, most people will mention its socially conscious messaging — and yes, that is certainly a contributing factor — but what makes this album so special is the breadth of musical styles it contains. Janet showed us that you could have new jack swing, slow jams, “pop” ditties and rock songs on the same album without it sounding crazy or forced. The only other artist who has accomplished this is her brother, Michael Jackson. God bless Katherine.

I am reluctant to mention the song’s socially conscious messaging because I am staunchly opposed to the idea that music has to be personal or political in order to be considered important. However, it is impossible to talk about Rhythm Nation without talking about how it tackled a range of social issues, particularly race relations. And the beauty of Janet’s treatment of these topics is that it was done over danceable beats. The ingenuity of it all.

Rhythm Nation was Janet’s second outing with Jimmy Jam & Terry Lewis, with the duo lending their talents to 11 of the album’s 12 songs — the exception being “Black Cat,” which Janet wrote all by herself. Janet co-wrote six other tracks with the Minneapolis natives, who made sure to infuse the Minneapolis sound into much of the album — it is the chant-iest album you ever heard and we love it for that.

Rhythm Nation has sold over 12 million copies worldwide and was the best selling album in the United States in 1990. The album produced four No. 1 hits on the Billboard Hot 100 and a total of seven top 5 hits — the latter is a record that stands to this day.

Today is Thursday, so instead of including my favorite track from the album, that song is getting its own TBT post.