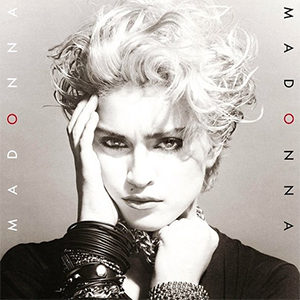 This past Friday marked 35 years since Madonna released her self-titled debut album. It might be hard to imagine, but once upon a time — before people knew what she looked like — Madonna was presumed to be black. Her early hits have since taken on lives of their own that almost render them genre-less, but they all borrow from styles that are unmistakably black.

We might call it “pop” today, but Madonna was making post-disco music and she did it well; and, of course, the music-buying public can never resist a white artist making black music, especially when they do it well. Madonna produced one top 5, one top 10 and one top 20 hit, and went on to sell over 10 million copies worldwide. Nobody knew it then, but this was the beginning of an legendary career.

Madonna wrote five of the album’s eight tracks (all by herself), including my favorite, “Lucky Star.” It was the album’s fourth single and biggest hit, peaking at No. 4 on the Billboard Hot 100. Watch the video below.