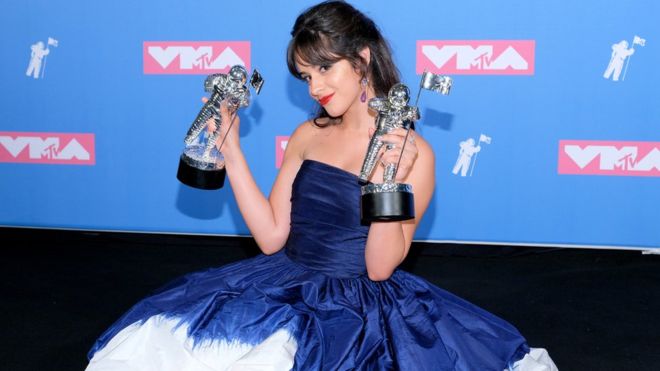 This 2018 MTV Video Music Awards went down last night and it was meh at best. Nothing was spectacular and a lot of it was downright trash, with Madonna’s non-tribute to Aretha Franklin taking first place.

Madge, who was there to present the award for Video of the Year, gave a long speech about the early days of career, which included an anecdote about how she supposedly sang Aretha’s “(You Make Me Feel Like) A Natural Woman” at an audition, which is a goddamn lie. Other than that and maybe one other sentence, the entire thing was about Madonna, and the internet was not happy. I think the speech was probably supposed to mark her 60th birthday (which coincided with Aretha’s passing), and the VMA producers thought to merge the two — a terrible idea that could have very easily been avoided if there were any black people in decision-making positions.

Anyway, Camila Cabello took home the awards for Video of the Year (for “Havana”) and Artist of the Year, and I was ready to run up on MTV headquarters until I remembered that VMA winners are now chosen by online voters. Cardi B won for Best New Artist and Best Collaboration (with Jennifer Lopez and DJ Khaled), and Nicki Minaj won for Best Hip-Hop. For a full list of winners, click here.

My pick for performance of the night is a tie between Lauv and Jessie Reyez, who both got the sideshow treatment because neither have broken through quite yet. Watch their performances below.


J-Lo, who was this year’s recipient of the Michael Jackson Video Vanguard award, could’ve easily been the performer of the night if she just stuck to the pre-2004 hits, but she wanted to sell us her entire catalog in a 10-minute performance. The best thing about it was a cameo from Ja Rule.

Ariana Grande, who won for Best Pop, also gets an honorary mention. She did her best imitation of Beyoncé at the 2017 Grammys for a performance of “God Is a Woman.” Check it out below.