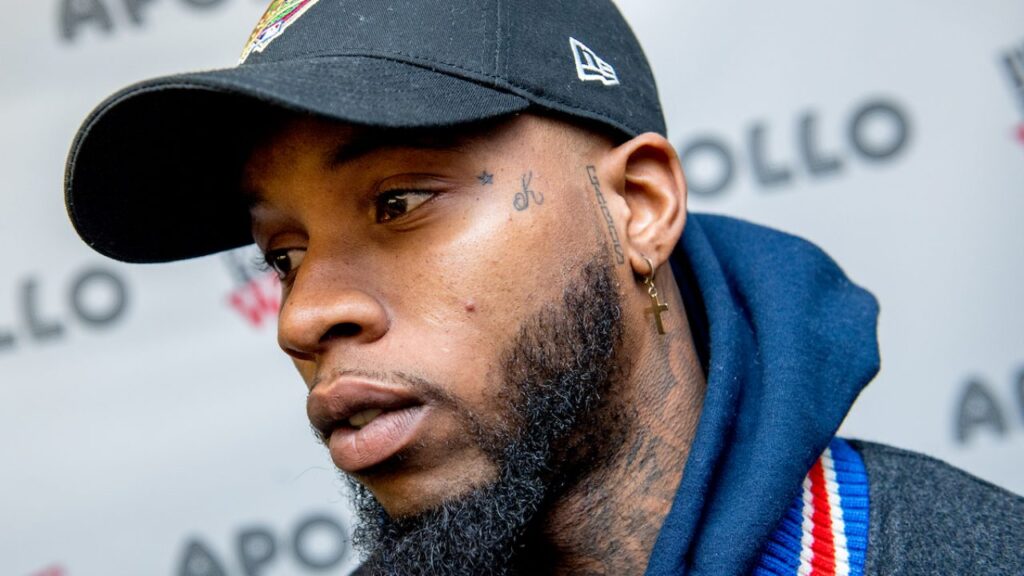 During a court hearing earlier today in #LosAngeles, Tory Lanez and his veneers were placed in cuffs for violating the protective order between him and Megan Thee Stallion. Judge David Herriford found that the singer (born Daystar Peterson) violated pre-trial protective orders by contacting Meg and sharing discovery related to the case. His subtweets directed at Megan were found to constitute contact — the judge is said to have pinpointed the ones where he referred to her as “U.” And remember that messy, erroneous tweet from DJ Akademiks about the case? Well, it turns out that it constituted sharing discovery — the prosecution believes Tory’s team was passing info to Akademiks.

The singer, who has been charged with felony assault for shooting Megan, was given a bail of $350,000 — according to Rolling Stone, he had a bondsman with him and is expected to be walking free soon. TMZ reports that prosecutors requested that the court either holds him without bail or raises it to $5 million.

When you do CLOWNERY, the clown comes back to bite.

As a new condition to his release, the judge asked Tory to not “mention the complaining witness in this case in any social media.” True next trial date is set for September 14.