Ladies and gentlemen, it is with great shame that I confess that I enjoy Woah Vicky’s new song, “Big Vick.” The lyrics are predictable as hell and Vicky’s whole schtick feels wholly inauthentic, but the beat slaps just hard enough for you to ignore all those other things — momentarily, at least. Check it below.

Drake just dropped a new song and a Coronavirus-inspired video featuring a solo Drake with his face covered. The “Tootsie Slide” video also comes with a new dance routine to go along with the song’s instructional hook. It also comes with the “Life Is Good” bass line, but that’s neither here nor there.

The real story, however, is Drake’s McMansion, which serves as a reminder that not all quarantines are made equal. Check the video out below.

02 Apr Throwback Thursday: Marvin Gaye – “Let’s Get It On”

On what would’ve been his 81st birthday, it would be a crime for our TBT pick to be anything other than a Marvin Gaye song.

A little over a month ago, I referred to TLC’s “Red Light Special” as being possibly the quintessential baby-making song, and while it is up there on the all-time list, Marvin Gaye’s “Let’s Get It On” might have a stronger case for the title.

Penned by Gaye himself and Ed Townsend, “Let’s Get It On” was the title track from the Marvin Gaye’s thirteenth studio album. The song is pure sex vibes and is a forefather for most of the slow jams ever since.

“Let’s Get It On” was Marvin Gaye’s second No. 1 and sixteenth top 10 hit on the Billboard Hot 100, and was the top-selling single of 1973. Almost 50 years later, the song’s legacy is evergreen — we hear it in movies, we hear it in commercials, and we even hear it as an uncredited sample in hit songs.

Happy birthday to one of the greatest to ever do it. Click play.

DaBaby just dropped a new song and a short film to go with it.

Musically, “Find My Way” offers a good balance of “commercial”and “gully” – both questionable terms to use when describing music, but I’m sure you know what I mean. DaBaby sing-raps throughout the song, but the lyrics have just enough gun references to placate rap fans that are allergic to melodies.

The 10-minute music video is an absolute masterpiece. DaBaby and B. Simone are true thespians, and as played out as Bonnie-and-Clyde themes are, the “Find My Way” video does it without making you roll your eyes.

Check it out below.

This past Friday, Future released a song that is sure to light the clubs up when we’re finally allowed to leave our homes. Who doesn’t want to yell “I’m a ty-tycoon!” despite having four dollars in their bank account?

“Tycoon” is Future’s first solo track of 2020, following collabos with Drake, Jhené Aiko and Lil Uzi Vert. Check the video out below. 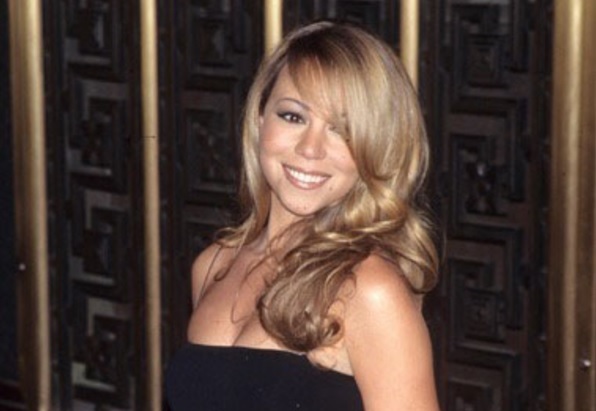 Mariah Carey turns 50 years old today – or, as she would say, marks the 38th anniversary of her 12th birthday today. Because she is eternally 12.

If you’ve been reading this blog for a while, you probably know that Mariah is a favorite around these parts. She has given us three decades of hits (and shade), and is easily among the most successful musicians ever. She is a vocal beast and the musical genius that most of your faves are pretending to be.

Unfortunately, because she’s a woman – a pretty and glamorous one at that – Mariah has never gotten her just due. A lot of her work has been relegated to fluff status because she doesn’t fit any of the prototypes preferred by the music critic class. Also, a lot of people don’t even know that she writes and produces all of her songs — with covers being the exception.

Fortunately, what Mariah has lacked in critical acclaim is more than made up for in commercial success. She has sold over 200 million albums worldwide — making her the highest-selling female artist ever — and has registered 19 No. 1 hits on the Billboard Hot 100 — just one No. 1 hit shy of the all-time record. She had a US No. 1 hit every single year of the ’90s and is the only artist in history to have a No. 1 hit in four different decades. She has also written more No. 1 hits than other woman in history. And the list goes on and on and on.

Mariah’s legacy is further cemented by the long list of megastars who cite her as an influence, including Beyoncé, Britney Spears and Ariana Grande.

Mariah’s 30 years in show business have been nothing short of eventful, and when her biopic is eventually made, it is going to be a good one. From a bitter ex-husband sabotaging her career to a crazed ex-manager blackmailing her (and thereby forcing her to reveal her mental health struggles), she has had more than her fair share of drama. However, after each devastating low, she somehow bounces back to a history-making high.

Mariah Carey is a true model of resilience and longevity, and hopefully, she will get the recognition she deserves while she’s still with us.

In celebration of her 50 years of life, below are my five favorite* Mariah songs.

*This changes from day to day.
Read More

When it comes to live performances, there are few musical acts who have given us more iconic moments than Diana Ross. And with this Thursday being her birthday, it was imperative that we revisited one of her legendary performances.

In a 1981 TV special, Diana Ross performed many of her greatest hits, including “Upside Down,” her fifth No. 1 hit as a solo act and 17th overall — also, the lead single from Diana (1980), her tenth and most successful studio album.

In this performance, Miss Ross brought the glam we all know and love her for. She also brought Michael Jackson — her “baby” — onstage during the performance. The two had become close friends over the years and their chemistry made for a magical moment despite being an otherwise simple performance.

At the risk of sounding like an old clam, it has to be said: They don’t make ’em like this no more.

When you’re quarantined and the Don Julio makes you filthio.

Kehlani just released a music video for “Toxic,” showing that a global pandemic is no match for the creative and the determined.

Shot on what appears to be a webcam, Kehkani gave us a grainy, smoky visual that fits the song so well that you’d think it was done by professionals. Peep the clip below.

Another week, another deep album cut. For the culture. And for the quarantine too.

In 1997, Mary J. Blige released her third LP and best work by far: Share My World.

It is PEAK contemporary R&B that is so ’97 and yet so timeless. Mary was at the height of her powers, and so were the producers on the albums, including Babyface and a then-20-year-old Rodney “Dakrchild” Jenkins.

Darkchild would become a household name by the following year, when he produced much of Brandy’s sophomore album and an array of hits for many big stars. But in 1997, he was still relatively unknown even though he had a few minor hits under hit belt — including “The Things You Do.”

When many think of Share My World, “I Can Love You” (featuring Lil’ Kim) — another Darkchild production — is usually one of the first two tracks mentioned. And while I do love that song, I think the album’s title track is just as good, and picking “I Can Love You” would’ve been too easy. However, watch this space, because “I Can Love You” will get its day.

Like the album as a whole, “Share My World” is particularly representative of that time in R&B and yet possesses a certain timelessness that makes it just as enjoyable almost 23 years later — and not just in a nostalgic kinda way.

Co-written by Mary and Darkchild, “Share My World” is a reminder that MJB has a decent pen game to go with that amazing voice. And as we all stay in our respective cocoons during the COVID-19 pandemic, it feels like a comically appropriate pick — because sharing our worlds is literally not allowed right now. Click play.

One of the specialties of R&B acts of the late ’80s and early ’90s was an ability to make the most trifling songs sound romantic.

One of such songs is “Piece of My Love” by Guy, a mid-tempo that is sung so beautifully that you might be tempted to pick it as the song to be played during the first dance at your wedding. In actuality, it is sung from the perspective of a cheating man offering a piece of his love to a potential side chick.

Aaron Hall sings his ASS off, so the toxicity of the song’s message goes almost undetected. And if the vocals aren’t enough to distract, the beat will definitely do it.

Like many of the greatest R&B songs ever, “Piece of My Love” is an album cut. However, it is well-known among true R&B fans and was even the subject of an urban legend that accuses Aaron Hall of saying “dumb bitch” at the beginning of the song.

Spoiler Alert: He says nothing of the sort.

“Piece of My Love” was sampled in Mariah Carey’s “Crybaby,” which speaks to Mariah’s taste, but more importantly, to the impact of this song that was never intended to be a hit.

If this is your introduction to this song, thank me later.