The video shows Champagne Papi and Future Hendrix working regular jobs and includes appearances by Lil Yachty and 21 Savage. Check it out below.

Megan Thee Stallion and Normani linked up for “Diamonds,” the first single from the Birds of Prey soundtrack.

I like both Megan and Normani a lot, but unfortunately, I find myself in the familiar position of forcing myself to like their music. “Diamonds” sounds like the kind of song that ends up on the cutting room floor. It is just…terrible.

The only redeeming thing about “Diamonds” is its video, which shows Meg and Normani wrecking shit in ways that would make Harley Quinn. Its almost good enough to make you ignore the song.

In the summer of 2003, after leading the charts for eight weeks with “Crazy in Love,” Beyoncé followed up with a single that proved that its predecessor was not a fluke.

“Baby Boy” (featuring Sean Paul) was a perfect mix of R&B, dancehall and Middle Eastern sounds, and in many ways, serves as a microcosm of what was going on in popular music at the time. Contemporary R&B was dominating the charts and Beyoncé was its new queen; dancehall was red hot and Sean Paul was its undisputed king; and Indian/Middle Eastern instrumentation could be heard throughout hip-hop and R&B.

Co-produced by Beyoncé and Scott Storch, “Baby Boy” is now among Bey’s signature chunes. The song was written by Bey, Storch, Sean Paul, Robert Waller and Shawn Carter. Yes, Shawn Carter as in Beyoncé‘s now-husband, Jay-Z. They were dating at the time, so he must have been in the studio during the Dangerously in Love sessions because he’s credited on two other songs on which he’s not featured. A songwriting king.

“Baby Boy” became Bey’s second No. 1 as a solo artist, ruling the charts for nine weeks – a week longer than the reign of “Crazy in Love.”

It’s always a good day when an artist releases a video for the best song on their album. Today is one of those days because Summer Walker just put out a video for “Come Thru” (featuring Usher).

Sampling a song as beloved as Usher’s “You Make Me Wanna…” is generally a risky move, but Summer Walker succeeds in borrowing just enough to evoke nostalgia while giving us a fresh new jam. And tapping Usher for the assist was good insurance for keeping his fans at bay.

There’s always fear that a good song will get a bad video, but Summer Walker made us proud. The “Come Thru” video has all the mood lighting, under-boob cleavage, and slow motion shots required for that particular song. And we get the classic Usher choreo and a cameo from JD. No complaints here.

Justin Bieber just dropped the video for “Yummy,” his new single that is catchy enough to keep you coming back but far from his best work. Justin rap-sings over a trap-lite beat that sounds like something you’ve heard before.

With pink hair and a pink outfit, Justin goes full hipster in this video, which is set in a restaurant. Because yummy.

This is not a video that most people would want to watch a second time. Check it out below.

In a recent post on this blog’s Instagram page, LL Cool J was forced to defend his decision to release new music in 2020.

LL Cool J is no Jay-Z, but what we’re not gonna do is disrespect one of the legends of this rap shit. Also, I think it’s important to normalize the idea of rappers releasing new music well past the age of 35.

Because too many of you young’ns seem to have forgotten, this week’s TBT post is a reminder of LL Cool J’s greatness.

In June of 1996, LL released “Loungin” (featuring Total) as the third and final single from his sixth LP, Mr. Smith. The album version is a cool lil jam that samples Al B Sure!’s “Nite and Day,” but its remix, which samples Bernard Wright’s “Who Do You Love,” is the true classic.

Both versions of “Loungin” are so different that one has to wonder why Big Elly was ever allowed to pass this new song off as a remix. Their beats, melodies and lyrics are completely different, and while I live for a remix that sounds different from its original, I’d like to be able to identify some commonalities if we’re going to call it a remix. But I digress.

The “Loungin” remix is a laid-back chune that is so ’90s that it makes you wanna throw on a Kangol hat and sip on some Alize. Kima, Keisha and Pam killed the hook and LL Cool J rapped his ass off. And like every other mid-’90s jam, “Loungin” is about creeping with another person’s significant other.

The “Loungin” video was also peak ’90s. Pool party, Lexus chip, lime green outfits, you name it. And of course, there’s LL Cool J pouring chocolate syrup down the leg of his love interest — on the sidewalk while she sits on the hood of his car, no less. The ’90s were different.

“Loungin” peaked at No. 3 on the Billboard Hot 100, making it the third top 10 from Mr. Smith and one of LL Cool J’s biggest hits. It was also one of the biggest songs on 1996. Respect Big Elly. 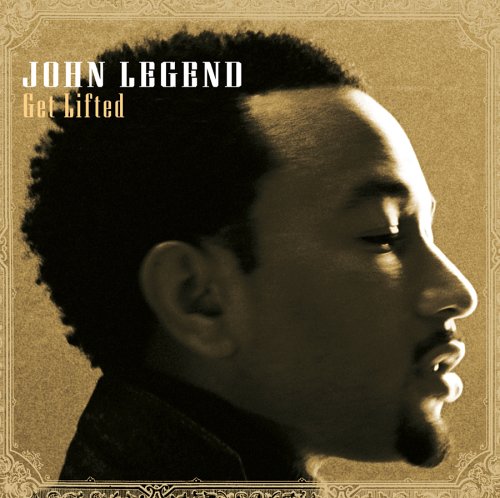 This album has a weird place in history. It’s not widely considered to be among Hov’s best work; however, one of his signature songs, “Big Pimpin’,” comes from this album, so it has a bit of a claim to classic status.

Vol. 3‘s lead single, “Do It Again (Put Ya Hands Up)” (featuring Beanie Sigel and Amil), failed to crack the top 50 on the Billboard Hot 100, and its follow-up, “The Thing That U Do” (featuring Mariah Carey), didn’t even chart — mainly because Hov’s record label neglected to promote the song, forgoing a CD single (which was essential at the time) and even a music video.

Just a year after having his biggest hit at the time with “Hard Knock Life (Ghetto Anthem),” Jay-Z attempted to recreate the magic on Vol. 3‘s third single, “Anything.” Much like “Hard Knock Life,” “Anything” samples a popular song from a musical — “I’ll Do Anything” from Oliver! — and has a hook sung by a child. It is perhaps the most nakedly formulaic song Jay-Z has ever released.

Vol. 3 finally cracked the top 20 with “Big Pimpin'” (featuring UGK), its fourth single in just four months. As far as party-on-a-boat music videos are concerned, “Big Pimpin'” is one of the greats. It also captures simpler times, when Jay-Z and Damon Dash were on good terms and Roc-A-Fella was still intact.

Even though “Big Pimpin'” is the marquee track from Vol. 3, “Anything” is the clear winner. Yes, it was an obvious attempt to replicate a prior success, but we don’t care. It slaps and has aged beautifully. Check it out below.

Music has the power to invoke a broad range of emotions. The hipsters of the world will have you believe that the best songs are the ones that make you sad, but it is my unshakable belief that the best ones make you happy. And during the holidays, I am especially hooked on upbeat songs that put me in a good mood.

Hanson’s debut single, “MMMBop,” is one of those songs. Released in April 1997 and written by all three members of the group, “MMMBop” is a rock-yet-“pop” ditty with indelible doo-wop influences. The song has the makings of one that many would dismiss as “fluff”: It’s upbeat, ridiculously catchy, and was sung by kids with long, blond hair aged 11-16. However, anyone with an open mind (and open ears) would be able to catch the rather poignant message in its lyrics.

“MMMBop” is about all that is fleeting — money, youth, beauty, life itself. It’s about knowing and holding on to the things that (should) matter most, which are our loved ones. At this time of year, there isn’t a more appropriate message.

If you were “today” years old when you found this out, don’t be ashamed. Most of us have been conditioned to receive “deep” messages in the form of slow, heart-wrenching ballads. In actuality, some of the most profound lyrics can be found in up-tempos.

“MMMBop” was No. 1 for three weeks in May of ’97. The group went on to have two more top 20 hits, but nothing at the scale of their debut single.

Earlier today, Drake dropped a new song called “War,” and he’s fully on his Brit boy shit. The accent, the slang, the everything.

Produced by AXL Beats, “War” has Drizzy referencing the Kendall Jenner rumors and confirming that he and The Weeknd are back on good terms. And of course, there’s a line about beefing with no-names. Guess who that one’s about.

“War” is included on the El-Kuumba Tape Vol. 1 mixtape, which is a collaboration between OVO’s Olivier El-Khatib and Kuumba International. Watch the video below.