The Fact That He Needed to Be Told

The Fact That He Needed to Be Told

Posted at 22:10h in Politics by Ronse 0 Comments
0 Likes
Share 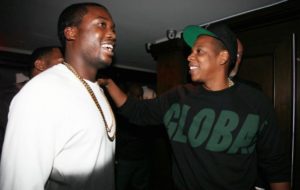 In a desperate attempt to be close to whoever’s in the news (i.e. what the kids call “clout-chasing”), the White House invited Meek Mill to discuss prison reform. Like…when did Republicans start caring about that? Pressed.

According to TMZ, Meek Mill pulled out at the last minute due to the optics of a potential meeting with Donald Trump. Apparently, a number of famous black people had to step in — word is that Jay-Z was one of them, but Meek’s reps deny that they ever spoke about this particular matter.

I don’t know why this was ever something he considered, but all I know is that Meek Mill needs to hire a publicist or fire the one he currently has.