Posted at 20:36h in Sports by Ronse 0 Comments
0 Likes
Share 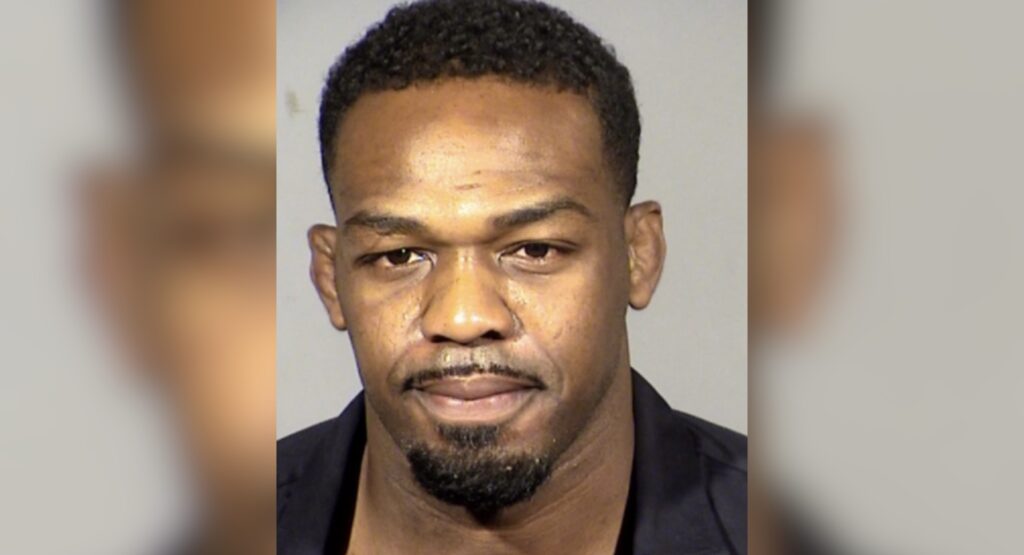 Former UFC light heavyweight champion Jon Jones was arrested last Friday in Las Vegas for allegedly physically abusing his fiancée. According to authorities, they were called to Caesar’s Palace around 5am for a domestic disturbance, where they found Jones’ fiancée and mother of his three kids, Jessie Moses, bleeding from her nose and mouth. Jones was found walking near the hotel when he was arrested, after which he became irate and headbutt the cop car so hard that he left a dent and chipped some of the paint. He then reportedly threatened to sue the police department for arresting him on the biggest night of his life — one of his matches was inducted into the UFC Hall of Fame just hours earlier.

Jessie Moses reportedly told authorities that Jon Jones only “touched the back of her head” and “pulled her a little bit,” and that her lips were bloody and swollen because they were dry. Fix it, Jesus.

Cops reportedly saw blood on Moses’ sweatshirt and on the bedsheets. Jones was arrested for misdemeanor domestic battery and felony tampering with a vehicle. He is due in court next month.

In case you were wondering, the cops were called after Jon Jones’ youngest child told hotel security to call the cops. 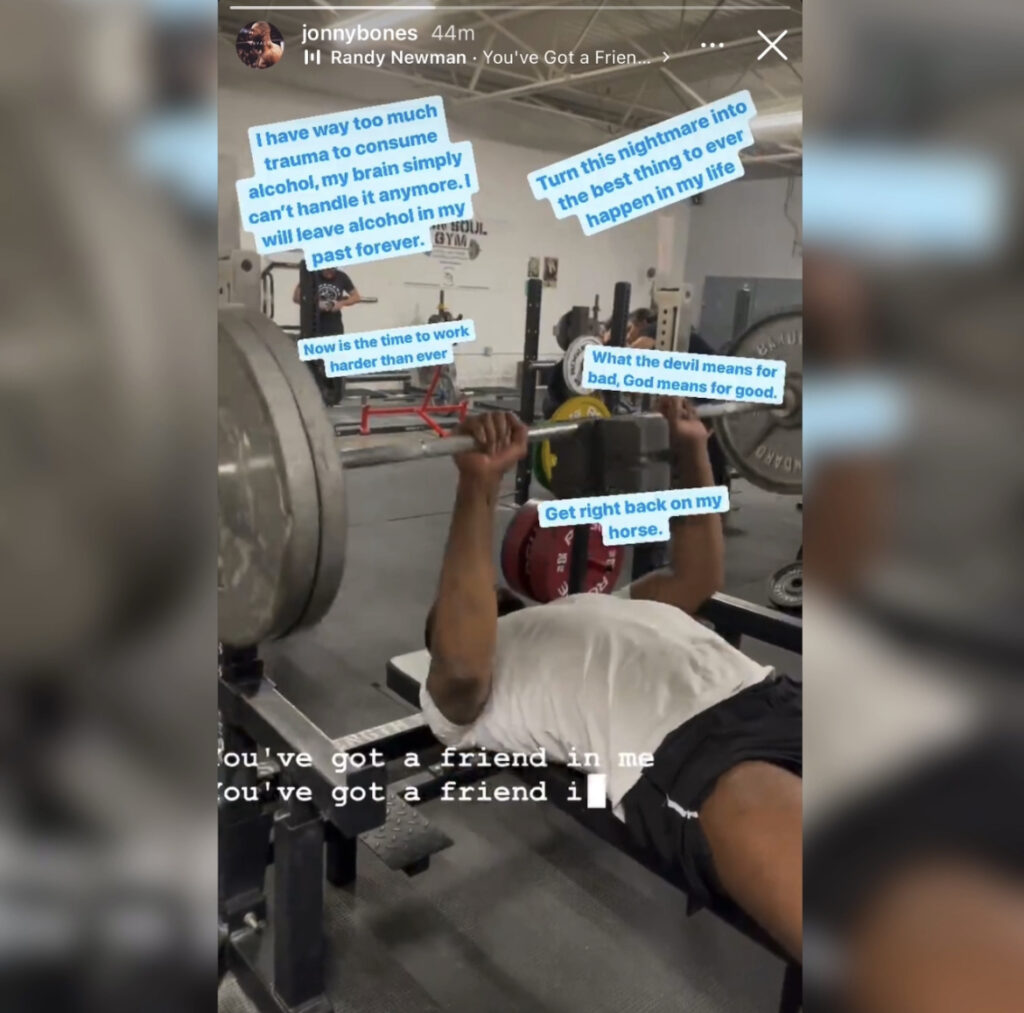 Jones has since released a statement of sorts via IG story, where he seemingly swears off alcohol and says that he will “turn this nightmare into the best thing” to ever happen in his life.