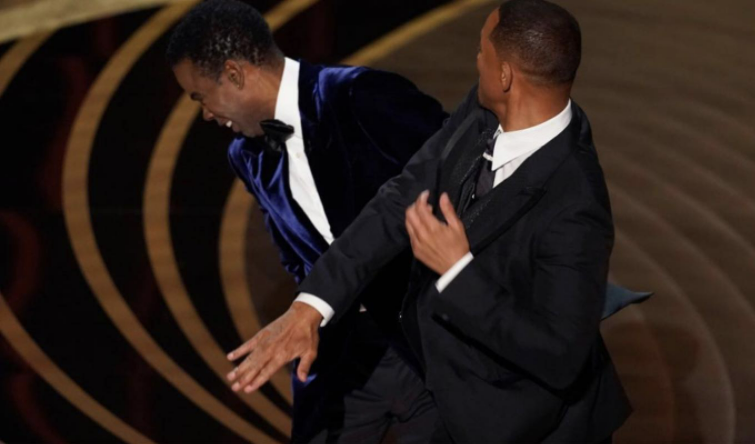 Unless you’ve been living under a rock all week, you’re probably very aware that Will Smith slapped Chris Rock at the Academy Awards this past Sunday for telling a relatively tame joke about his wife, Jada Pinkett Smith, where he suggested that she’d be staring in a sequel to G.I. Jane.  Since then, we have been inundated with think pieces and commentary that run the gamut from insightful to downright raggedy. Everyone from Kareem Abdul-Jabbar to Jim Carrey to friggin’ O.J. Simpson has something to say.

In the days since the slap, Will Smith has issued an apology to Chris Rock and the Academy of Motion Picture Arts and Sciences. Chris briefly commented on the incident at his first post-slap show, but explained that he is “still processing” the incident and will address it more extensively in the future. Ticket tales for his Ego Death World Tour skyrocketed after the unfortunate incident.

On the night of the Oscars, we learned that Chris declined to press charges against Will, and earlier today, we learned more details about his interaction with the Los Angeles Police Department (LAPD), thanks to an ABC interview with Will Packer, who produced the award show this year.

We have also received conflicting reports about how the Academy chose to handle Will Smith’s behavior. Initial reports suggested that they thought of asking him to leave but couldn’t make a decision soon enough — he won the Oscar for Best Actor in a Leading Role about 30 minutes after the slap. Later, there were reports that Will was asked to leave but refused; and now, there are new reports that that never happened. What is the truth?

Will Smith is said to have met with leadership at the Academy in a 30-minute Zoom call, where he reportedly apologized and was told that there will be consequences. The day after the incident, the Academy announced that it had launched a formal review into the slapping incident, and then on Wednesday, announced plans to take disciplinary action, which may result in suspension or expulsion.

The story is still developing, so watch this space.