Album Review: 2 Chainz’s ‘Rap or Go to the League’

Album Review: 2 Chainz’s ‘Rap or Go to the League’ 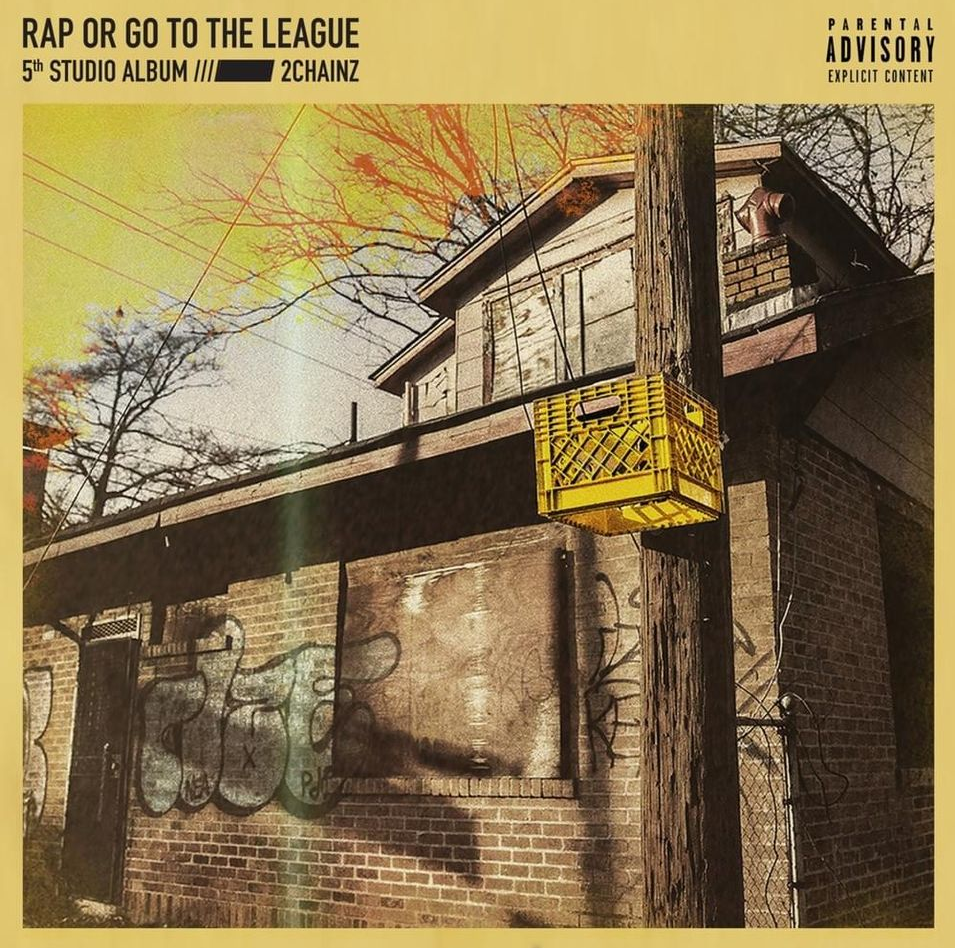 This past Friday, 2 Chainz released his fifth studio album, Rap or Go to the League. Executive-produced by LeBron James, the album focuses on 2 Chainz’s years as a collegiate basketball player — he played at Alabama State University from 1995 to 1997.

The album’s first track, “Forgiven,” features Marsha Ambrosius and opens with a clip of 2 Chainz (real name Tauheed Epps) being announced during his college basketball days. The track touches on the premature death of young black boys living life in the fast lane. 2 Chainz also raps about his arrest for drug-related charges as a high school student, which could have jeopardized his basketball scholarship. The track sounds like something from a Jay-Z album and actually loops a line from Hov’s “Lucifer.”

“Threat 2 Society” is another Hov-like track, with 2 Chainz actually rapping that the beat is “hard enough to put Jay on it.” Unfortunately, we don’t get a guess verse from Jay-Z. However, it’s a solid track that touches on a lot of the same themes on “Forgiven.”

And now for the best song on the album: “Money in the Way.” 2 Chainz is rapping about his drug-dealing past again, but unlike the two previous tracks, he is focusing less on the risks and more on the ends. Produced by Buddah Bless and Jabz, the horn-heavy track will give you HBCU homecoming vibes.

“Statute of Limitations” is what I feared most of the album would sound like. It’s classic 2 Chainz, which isn’t a bad thing, but definitely something I could withstand for more than 10 minutes at a time. And as expected, we get more bars about Tity Boi’s drug-dealing days.

Young Thug provides an assist on “High Top Versace,” which can also be classified as 2 Chainz. It’s the kind of song you have to be drunk to appreciate.

“Whip” features Travis Scott, and sonically, the song is definitely on his turf. It’s the third unremarkable song in a row and you almost want to give up on the album, and then comes “NCAA.”

On “NCAA,” 2 Chainz raps about the exploitation of college athletes, who generate millions of dollars for universities and essentially get paid nothing for it. Yes, some awarded scholarships, but like many others have argued, 2 Chainz says that isn’t enough.

2 Chainz and Kendrick Lamar join forces on “Momma I Hit a Lick,” which stays true to its title. Both rappers talk their respective shits about money, success and things of that nature.

“Girl’s Best Friend” is followed by another club banger: “2 Dollar Bill” (featuring Lil Wayne and E-40). The track is a classic Mustard production that will remind you of 2012’s “I’m Different” (also produced by Mustard).

“I Said Me” starts with a few lines from “Favorite Things” (from Sound of Music), but when the beat drops, we hear the melody to Mary J. Blige’s “Take Me As I Am.” The track is another one about 2 Chainz’s weight-moving days, with lines about explaining to his daughter what a drug dealer was (“me” was his response) and how his drug cases were getting in the way of his hoop dreams. The track includes a line where 2 Chainz says he has “no work done like Kendall” — a hilarious reference to Kendall Jenner and how she’s perhaps the only Kardashian/Jenner with the face God gave her.

“I’m Not Crazy, Life Is” features Chance the Rapper and Kodak Black, and is another standout track on the album. 2 Chainz raps about his days as a part-time hustler and part-time basketball player, and how he and his lifestyle chose each other.

“Sam,” the album’s final track,  2 Chainz raps about (and is sometimes critical of) Uncle Sam and his use of tax revenue. The track ends with dubious banter, including a definition of the word “tax,” a rounding up from 37% to 50%, and a retelling of a conversation with Diddy, where Puff says he overpays taxes to be on the safe side.

Rap or Go to the League doesn’t offer a lot of variety from a lyrical standpoint, but it is a decent body of work and perhaps the best album of 2019 so far — granted, we’re only two months in. The lack of variety in lyrics is more than made up for in the range of beats and tempos on the LP, and overall, I think LeBron James might have a future as an executive producer.