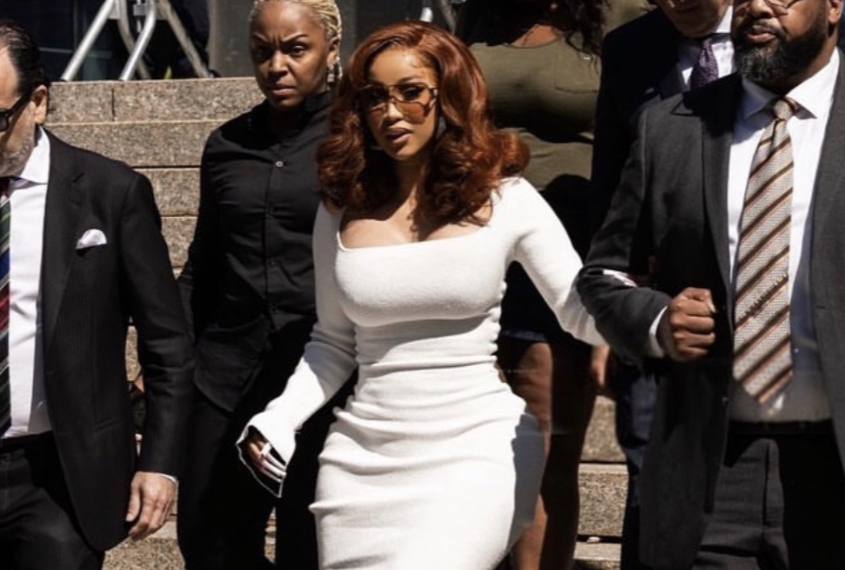 Cardi B appeared in court earlier today, where she pled guilty to third-degree assault and second-degree reckless endangerment. The rapper took a last-minute plea deal that will have her only serving 15 days of community service.

Jury selection was supposed to take place tomorrow and the trial was scheduled to start on Monday.

The charges stem from the 2018 incident where sisters and strip club bartenders Jade (a.k.a. 6ix9ine’s girlfriend) and Baddie Gi were assaulted. Cardi admitted to paying an acquaintance $5,000 to beat them up. If you’re wondering why this happen, she is said to have believed they slept with her husband, Offset.

Following her guilty plea, Cardi has an order to stay away from both women for three years. In a statement posted via Instagram caption, the rapper said, “Every day, the sun won’t shine, but that’s why I love tomorrow.”