Kanye West Is Trash, But We Already Knew That

Kanye West Is Trash, But We Already Knew That 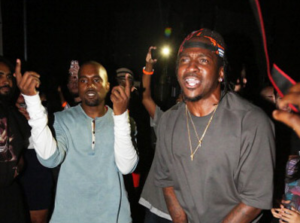 And so is Pusha T.

In a bid to shock the populace, Kanye West convinced Pusha T to use one of the infamous 2006 pictures of Whitney Houston’s bathroom (full of drug paraphernalia) as the cover for his new album, DAYTONA. Kanye supposedly paid $85,000 to license the picture, which (according to Pusha T) “represents an organized chaos” and matches the energy of the album. That’s deep, bro.

At this point, it is clear that Kanye West has exhausted all of his creative juices because he is grasping at straws to create controversy for the hell of it. Gratuitous disrespect is not and will never be a legitimate cultural statement, and both Kanye and Pusha T are extremely wack for doing this.

And then he wonders why Jay-Z and Beyoncé want nothing to do with him.