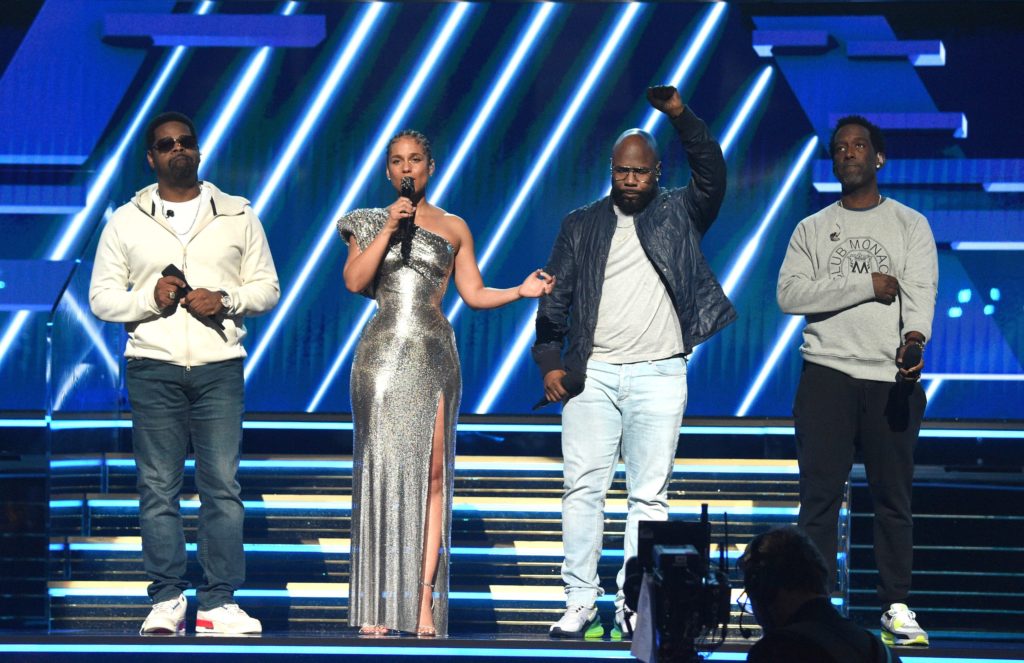 The 62nd Grammy Awards went down last night in Los Angeles, and for a number of reasons, it was a sad show.

First of all, Oscar winner and basketball legend Kobe Bryant had died in a helicopter crash just hours prior, so there was a heaviness in the Staples Center that was could be felt through the screen. There were numerous tributes to the former Laker, including a touching performance of “It’s So Hard to Say Goodbye to Yesterday” by the show’s host, Alicia Keys, who was joined by Boyz II Men (who covered the song in 1991).

As if the news of Kobe’s death wasn’t enough, the Grammys gave us reasons to be sad throughout the night. Billie Eilish was the night’s big winner, taking home five awards, including the Big Four, making her the first artist to sweep the general categories since 1981. And at just 18 years old, she’s the youngest artist to win the Album of the Year award.

Billie’s older brother, Finneas, also won five awards, all related to his work with on his sister’s album, When We All Fall Asleep, Where Do We Go?