We lost Left Eye this week in 2002, so it’s only right that we honor her life and career with this week’s TBT pick.

Left Eye did amazing work with TLC and as a solo artist, and she is such a fave around these parts that most of her best work have been selected for previous TBT posts.

21 Apr Throwback Thursday: Prince – “If I Was Your Girlfriend”

Today marks six years since we lost Prince, so it’s only right that we pick something from his outstanding catalog.

“If I Was Your Girlfriend” was originally recorded for Camille, a self-titled album named after Prince’s alter ego that was supposed to be released in 1986 but was ultimately shelved weeks before it’s planned release. The alter ego in question was to be realized through pitch-shifting technology to make Prince’s sound more “womanly,” and the plan was to never acknowledge that Camille was actually Prince. The Camille album will finally have its day later this year.

Released as the second single from his ninth album, Sign o’ the Times, “If I Was Your Girlfriend” is a series of questions posed by a man wondering if his woman could ever be as comfortable around him as she is around her female friends. It wouldn’t be unreasonable to describe this song as weird, but if you take a step back, you might be able to appreciate it as an examination of intimacy within platonic (typically same-sex) relationships. It can also be seen as an examination of the jealousy that men sometimes feel towards their female partners’ friendships (with other women). Interestingly, the song is rumored to be about Prince’s jealousy of then-girlfriend Susannah Melvoin‘s relationship with her twin sister, Wendy.

Whether or not you can appreciate it for its profundity, there is no denying that “If I Was Your Girlfriend” is a solid track that was way ahead of its time. The track failed to crack the top 40 in the States, but it was a top 20 hit in the UK. Fifteen years later, it was sampled on Jay-Z’s 2002 hit, “‘03 Bonnie & Clyde” (featuring Beyoncé), which peaked at No. 4 on the Billboard Hot 100.

The album version of “If I Was Your Girlfriend” is the superior version by far, so we’re gonna go ahead and link it here. However, the video version isn’t half-bad. Check it out below. 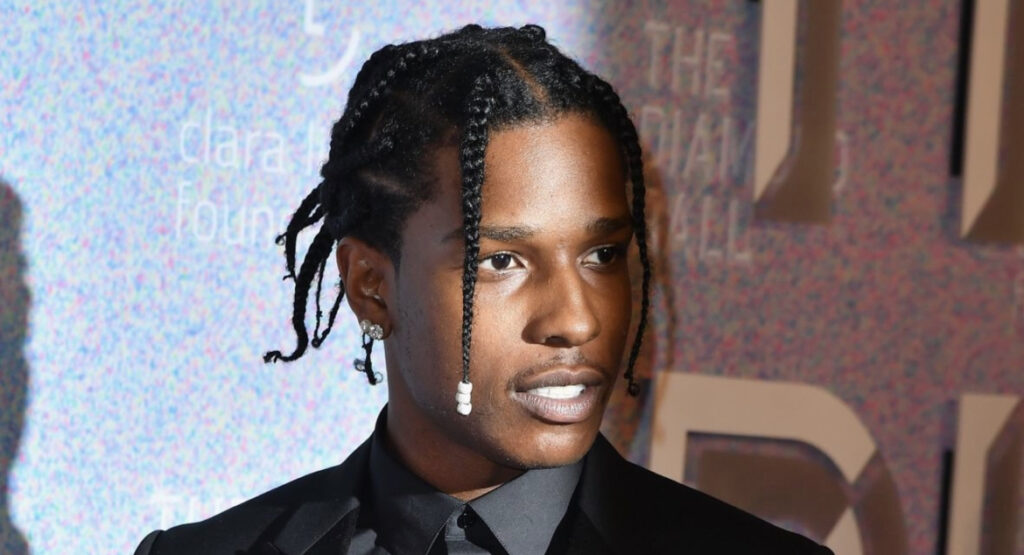 Rihanna’s boyfriend was arrested at LAX earlier today after landing in a private jet. According to reports, the arrest was related to a November 2021 shooting. He has been charged with assault with a deadly weapon.

According to the LAPD, there was an argument between two acquaintances that resulted in one of them — A$AP Rocky (born Rakim Mayers) — allegedly firing a handgun at the other.

For better or worse, Lizzo stays firmly in her musical lane.

“About Damn Time” is the kind of whimsical fare we have come to know and love her for, but on this occasion, Lizzo didn’t quite bring it home. The song isn’t terrible, but it feels like she was a little to intentional in its attempt to recreate earlier hits, which wouldn’t be an issue if the result wasn’t a tad trite.

The video isn’t the greatest either. Check it out below.

Birthdays make TBT selections a lot easier, and today just happens to be Da Brat’s 48th trip around the sun, so you already know what’s about to happen.

On “Ghetto Love” (featuring T-Boz), Brat raps her ass off about and to her incarcerated boyfriend who she’s waiting for on the outside. The song is hella romantical, but you might miss that quality because Brat was aggressive in her delivery, and her sweet words are commingled with lyrics about helping her man “keep the business runnin'” and wanting to harm his enemies. How’s that for passion and love?

“Ghetto Love” was released in early ’97 as the second single from Da Brat’s second album, Anuthafunkdafiedtantrum. Based on a sample of DeBarge’s “All This Love” and produced by Jermaine Dupri, the song possesses a certain kind of cool that we just don’t get to see anymore — a very ’90s kind of cool. You had to be there.

“Ghetto Love” would go on to become one of Da Brat’s biggest hits, peaking at No. 16 on the Billboard Hot 100. Happy birthday, Da Brat! 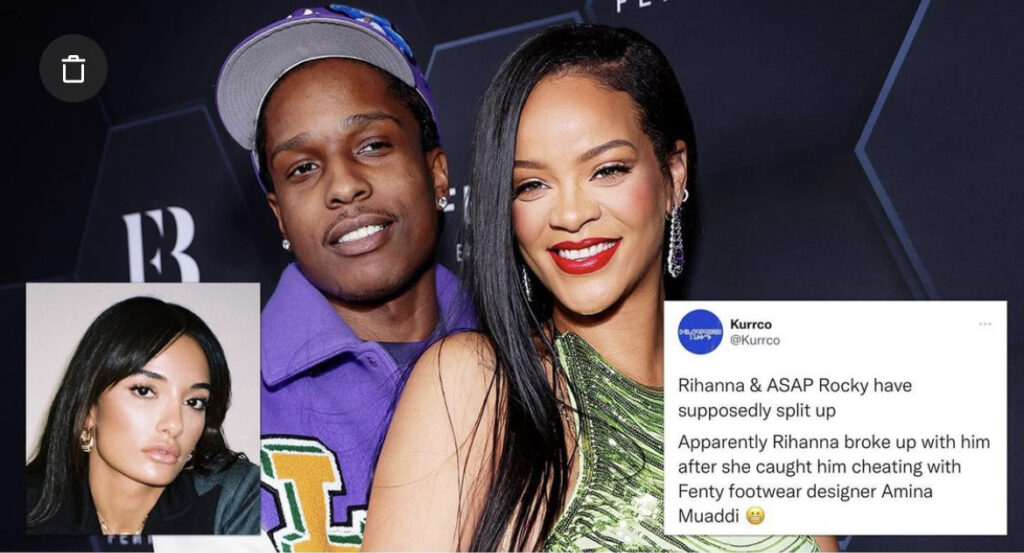 A$AP Rocky is rumored to have cheated on Rihanna with shoe designer Amina Muaddi.

The source of this rumor — fashion influencer Louis Pisano — is decidedly shaky, but that hasn’t stopped social media from going up in smoke.

Chlöe dropped her second single as a solo artist, and all I have to say is this: Yes.

After the rather dull “Have Mercy,” the older half of Chloe X Halle is back with a song that we don’t have to force ourselves to like. “Treat Me” gives us just enough melody, just enough bass, just enough vocals, and just enough bars — yes, the verses are rapped. The previews of the song weren’t promising, but after the first listen, it is very clear that Ms. Bailey got one.

“Treat Me” is the kind of fresh, sexy club banger that its predecessor hoped to be. And with a sample of Bubba Sparxxx’s “Ms. New Booty” (featuring Ying Yang Twins and Mr. Collipark), you already what what time Chlöe was on when she made the music video. Click play.

We skipped TBT a few weeks ago, so it’s only right that we get two selections today.

John Oates, one half of Hall & Oates, turns 74 today, so there’s no better time to revisit one of the duo’s classics. As the lead-singing half of the duo, Daryl Hall got most of the shine, but John was a beast on the guitar and also co-wrote many of the duo’s biggest hits.

One of hits in question is “I Can’t Go for That (No Can Do),” the second single from the duo’s 10th LP, Private Eyes (1981). As the story goes, Daryl Hall came up with the melody after an evening at the studio. The next day, he wrote the lyrics with John and Sara Allen — Daryl’s girlfriend at the time.

“I Can’t Go for That (No Can Do)” sounds like it could be about a relationship — and according to John Oates, that was intentional — but it’s really about enforcing boundaries in the face of industry people and maintaining artistic integrity. And here we were thinking we couldn’t love the song anymore.

If you think the song sounds like Michael Jackson’s “Billie Jean,” you’re not crazy. According to Daryl Hall, during the recording session for “We Are the World,” MJ admitted to reworking the bass from “I Can’t Go for That” — to which Daryl responded that he, too, was a copycat and that the bass was lifted from some other song. Nothing to see here.

“I Can’t Go for That (No Can Do)” would end up ruling the Billboard Hot 100 for a week in 1982, becoming the fourth of the duos eventual six chart toppers. It also topped Billboard’s R&B chart, which is a rare feat for a white act.