28 May Defamation Suit Against Russell Westbrook Thrown Out 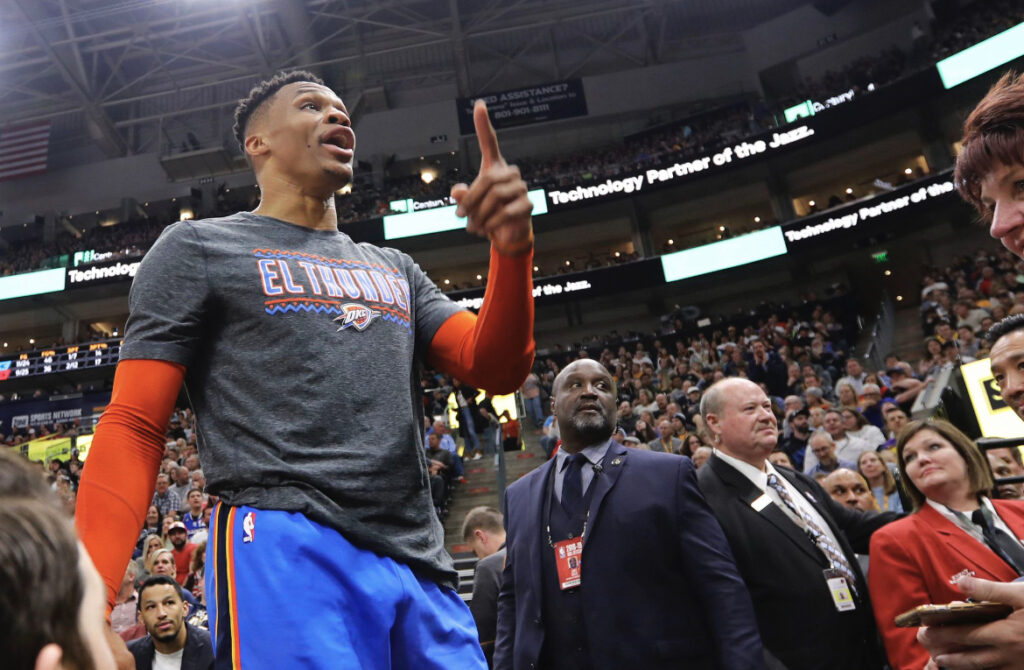 Remember back in March 2019 when Russell Westbrook threatened to put hands on a heckler and his wife at a Utah Jazz game? Following the incident, the heckler, Shane Keisel, got banned from Jazz games for life, fired from his job, and kicked out of a pilot training program in which he was enrolled.

Keisel — an army veteran — and his wife, Jennifer Huff, sued Westbrook in December 2019 for defamation, claiming that he painted Keisel as racist and homophobic. They were seeking $100 million in damages.

Unfortunately for them, the lawsuit was thrown out by a judge yesterday, who explained that Westbrook’s remarks were opinion and not defamation, and that his threats were not extreme enough to recover damages. 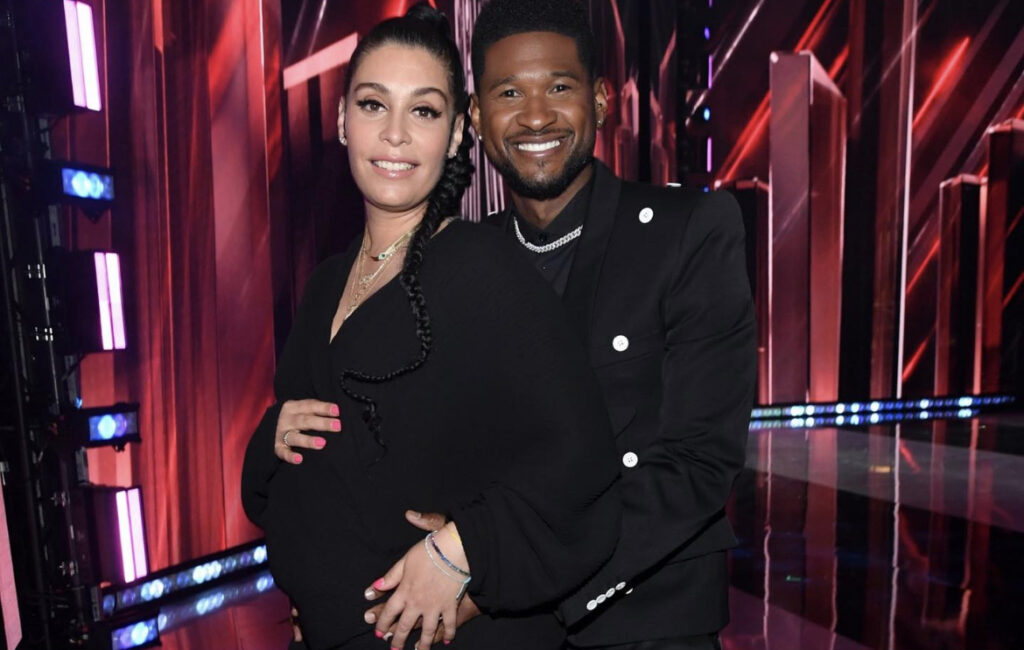 Ursh must be feeling the pressure from Nick Cannon.

Just eight months after they had their daughter, Sovereign Bo, Usher and his girlfriend, Jenn Goicoechea, just revealed that they’re expecting their second child together. Goicoechea debuted her baby bump at the iHeart Awards earlier tonight, which were hosted by Usher.

This will be Usher’s fourth child. He had two sons — 13-year-old Usher V and 12-year-old Naviyd Ely — with ex-wife Tameka Foster.

27 May Throwback Thursday: TLC – “What About Your Friends”

Lisa “Left Eye” Lopes would’ve been 50 years old today, so it is only right that we honor her life with this week’s TBT selection.

“What About Your Friends” was the third single from the group’s debut album, Ooooooohhh… On the TLC Tip, and the first TLC song I can remember singing along to. In fact, when I picked this song for this post, I was under the impression that it was their very first single.

Written by Dallas Austin and Left Eye, “What About Your Friends” samples James Brown’s “Blues & Pants,” a hip-hop favorite. The song talks about friendships and how they can be affected by changes in circumstances — in particular, when a friend goes on to become rich and famous. The not-so-funny part about the lyrics is that the members of TLC — while definitely famous — were by no means rich and wouldn’t be for another six years or so.

“What About Your Friends” would become the group’s third top 10 single and one of their signature hits. And nearly three decades later, it feels just as fresh.

In honor of Left Eye, click play and get your life. 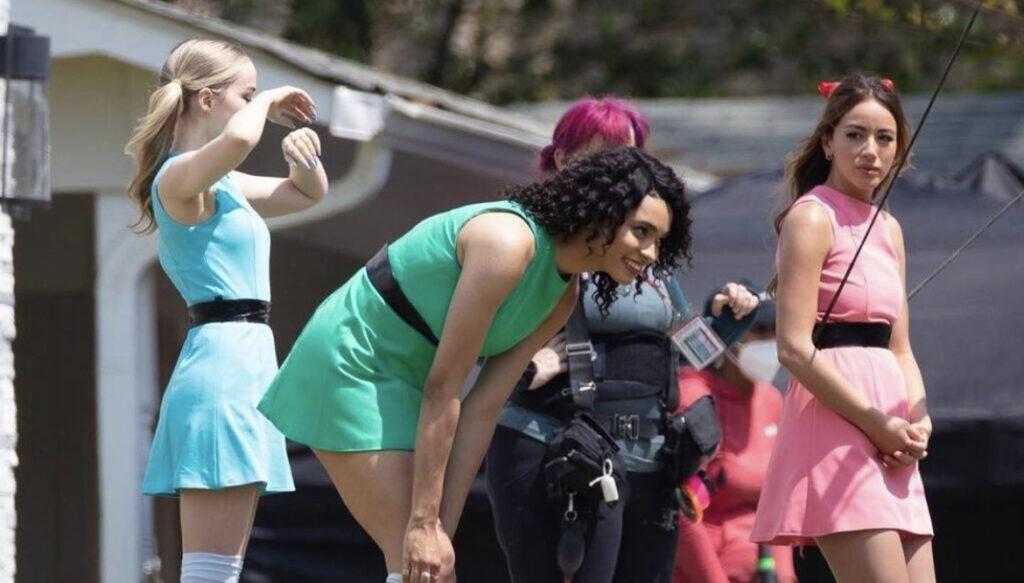 The live-action ‘Powerpuff Girls’ reboot — starring
Chloe Bennet, Dove Cameron and Yana Perrault as Blossom, Bubbles and Buttercup, respectively — is reportedly being re-written after the show’s script leaked onto the interwebs earlier this week and got panned unanimously.

Below is an excerpt from the tragic script. 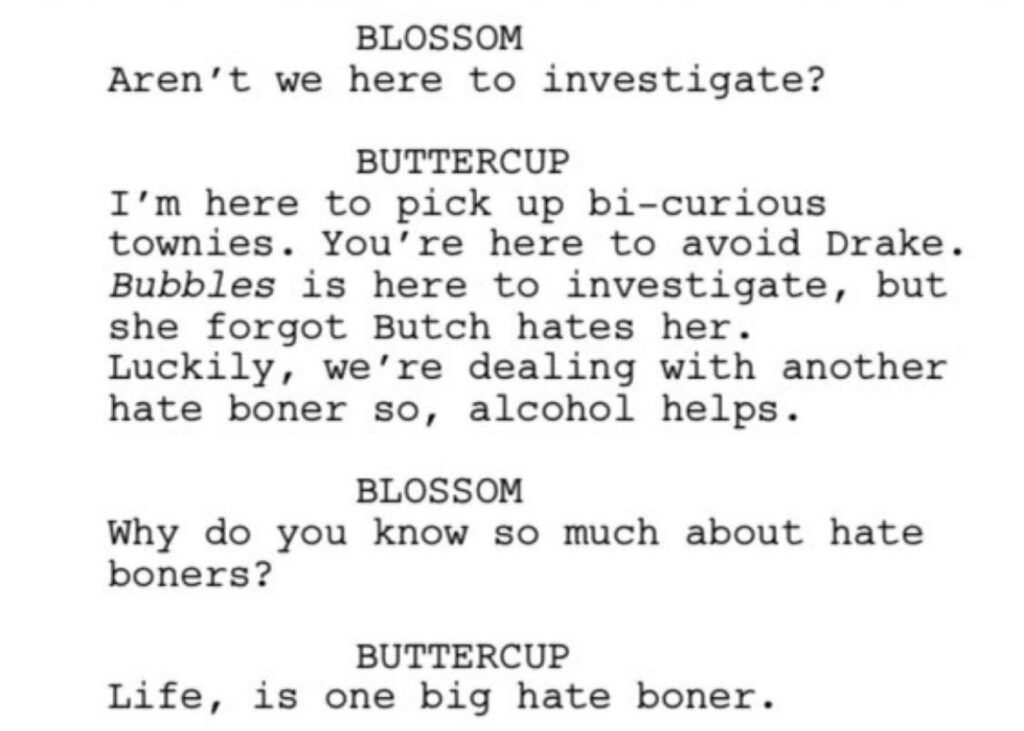 The pilot is expected to be re-shot later this year. The leaked script that got panned is said to have been written by Diablo Cody, who is also executive-producing the show. 😬

Earlier this year, the show was dragged when photos from the set made their way online, with fans disapproving of the costumes.

Today is Naturi Naughton’s 37th birthday and Kiely Williams is kinda sorta in the news this week, so it’s only right that this week’s TBT selection is one from 3LW’s catalog.

“Playas Gon’ Play” was the second and final single from 3LW’s self-titled debut album. Written by Sean Hall and Nate Butler, the song is about people (i.e., haters) planting seeds of doubt in a relationship. The song manages to be age-appropriate (the group was 14-17 at the time) while being “grown” enough for any adult to enjoy it without feeling ridiculous — and we probably have Naturi’s mature-sounding voice to thank for that.

“Playas Gon’ Play” is unique because it is the one and only 3LW single where Naturi provides lead vocals. To this day, it remains a mystery as to why the best singer in the group wasn’t given more chances to sing lead. We could hypothesize, but we won’t. Not today at least.

For cultured millennials of a certain age, this is a beautiful reminder of a certain era of popular music. Click play and get your life. 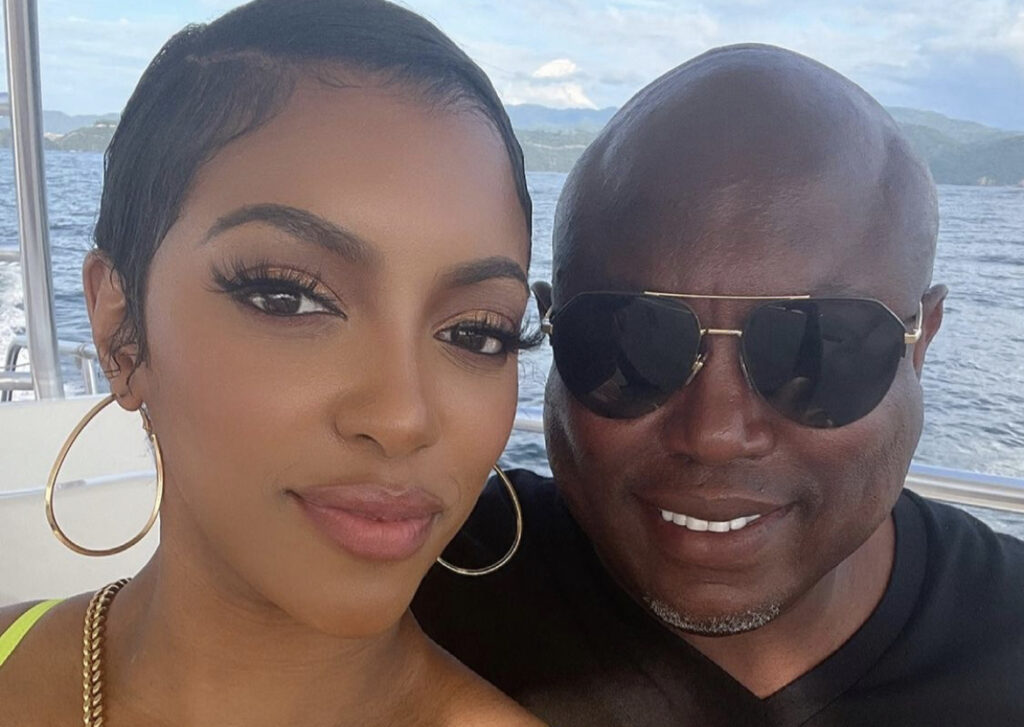 Lifestyle blogger Ogechi Ukachu stopped by to discuss Porsha Williams’ engagement to Simon Guobadia, Chris Brown’s alleged “no darkies” rule, the Verzuz matchup between Xscape and SWV, and so much more. 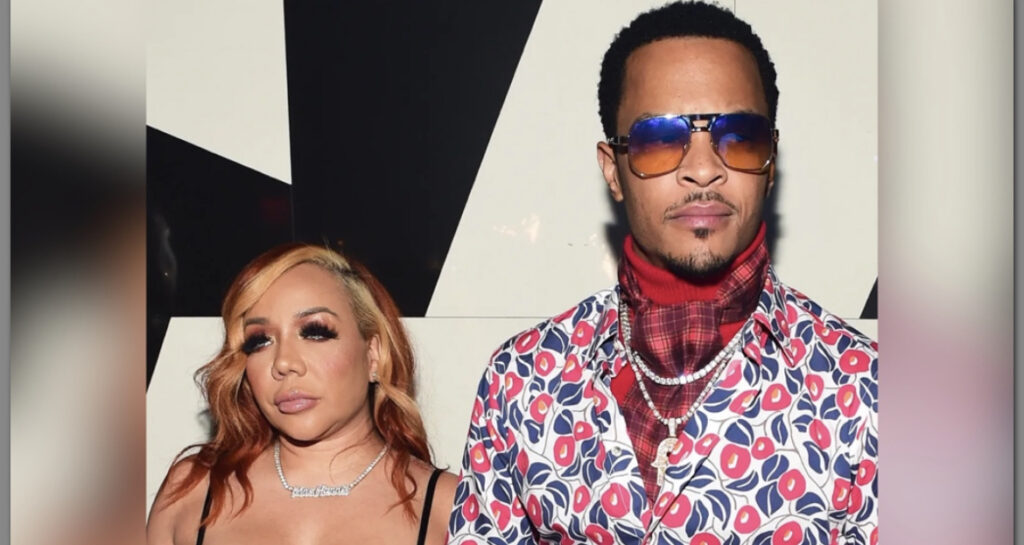 UPDATE: The Vegas case has been closed because it falls outside the statute of limitations.

The LAPD has opened an investigation into T.I. and Tiny over new sexual assault allegations.

According to a report filed in April, a woman claims that she was taken to a hotel room by the famous couple, where Tiny allegedly gave her a drink that she believes was spiked, after which T.I. allegedly penetrated her with his toes without her consent. This incident is alleged to have taken place in 2005.

Another woman, 41-year-old Rachelle Jenks, is accusing the Harrises of abuse that began in 2010. She says she was given a shot of Patron that she believed was spiked, after which she willingly accepted MDMA from the couple. She then performed oral sex on Tiny and had intercourse with T.I.

Jenks claims T.I. took her on his tour bus against her wishes and raped her. She also claims that he took her ID and brought her all the way to Miami, where she was forced to have sex with multiple women she didn’t know.

T.I. and Tiny’s lawyer, Steve Sadie, has responded to the new allegations with the following statement:
“The Harrises have not spoken to or been contacted by the Los Angeles Police Department (LAPD), the Las Vegas Police Department (LVPD) or, indeed, any member of law enforcement from any other jurisdiction in the country. Even assuming the story in the Daily Beast is close to accurate, it appears the LAPD ‘accuser’ has chosen once again to remain anonymous, thereby preventing us from being in a position to disprove or refute her allegations – or even examine them.”

18 May Naomi Campbell Is Now a Mommy 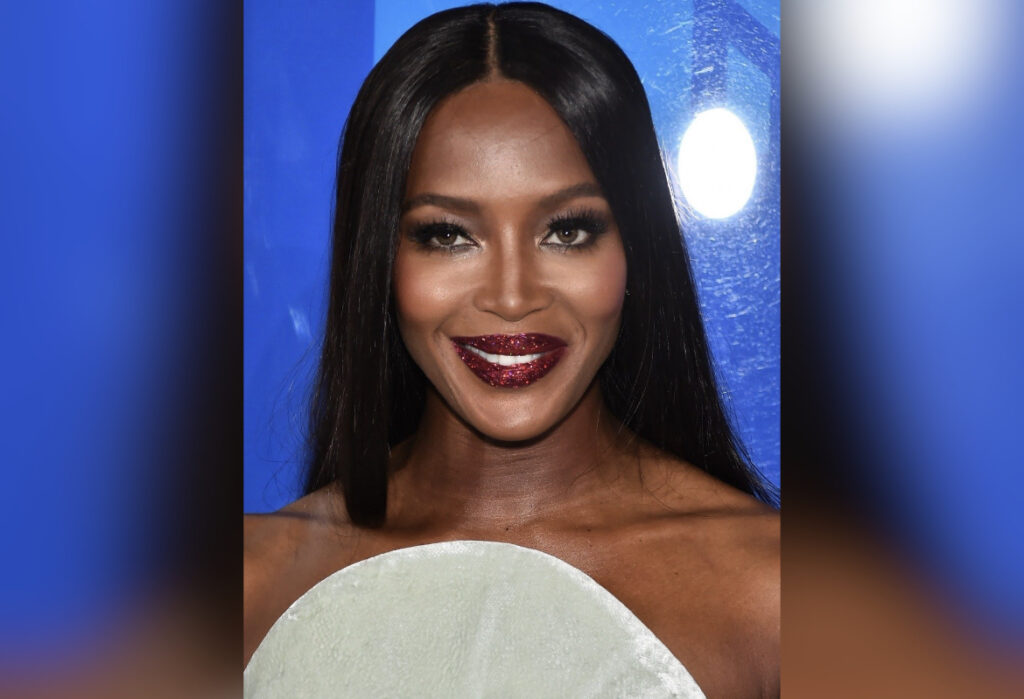 In an Instagram post made less than 45 minutes ago, Naomi Campbell announced that she has a daughter now.

The supermodel — who will be 51 in four days — doesn’t offer any details about how her child was birthed.

13 May Throwback Thursday: Stevie Wonder – “You and I (We Conquer the World)” [Live]

It’s always a joy to make a selection from the catalog of one of music’s very best. With 10 No. 1 hits and 28 top 10 singles, Stevie Wonder spoils you with options. However, the song I have chosen is one that never charted.

The greatest R&B artists have a way of not releasing their best songs as singles, and Stevie Wonder is no exception. “You and I (We Can Conquer the World)” is an album cut from Stevie’s 15th studio LP, Talking Book, and a personal favorite. When it comes romance, this is it. Stevie basically put wedding vows to music, and fittingly, the song has become popular at weddings over the years — it was even sung at the Obamas’ wedding

Anyone even marginally familiar with Stevie Wonder’s catalog would agree that he was in his bag when he wrote this one. And if you ever needed an indicator that an album cut had a long legacy, I would point to the fact that it has a Wikipedia entry. I don’t imagine that anyone reading this has never heard this song, but if that’s the case, you’re welcome. Don’t forget to Venmo me $5.

Join me in celebrating this beautiful song as well as the life of the man who wrote it! 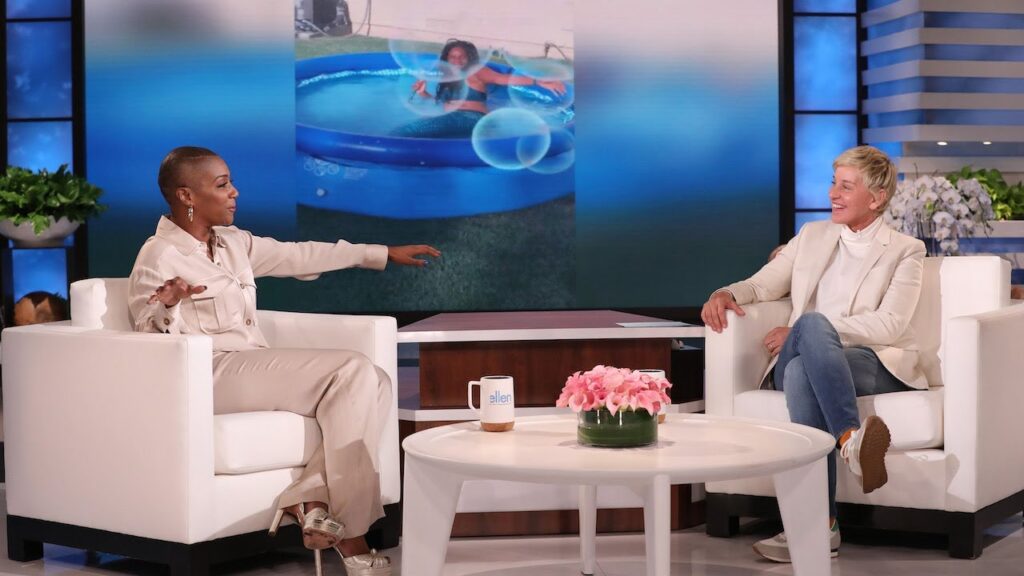 Word on the curb is that Tiffany Haddish is the top contender to fill the void that will be left by #EllenDeGeneres when her talk show comes to an end next year. According to Page Six, an NBCUniversal source said, “Tiffany is a favorite, she has humor and empathy in spades.”

Tiff has already served as guest host of the show multiple times, so she has been tested in that time slot.