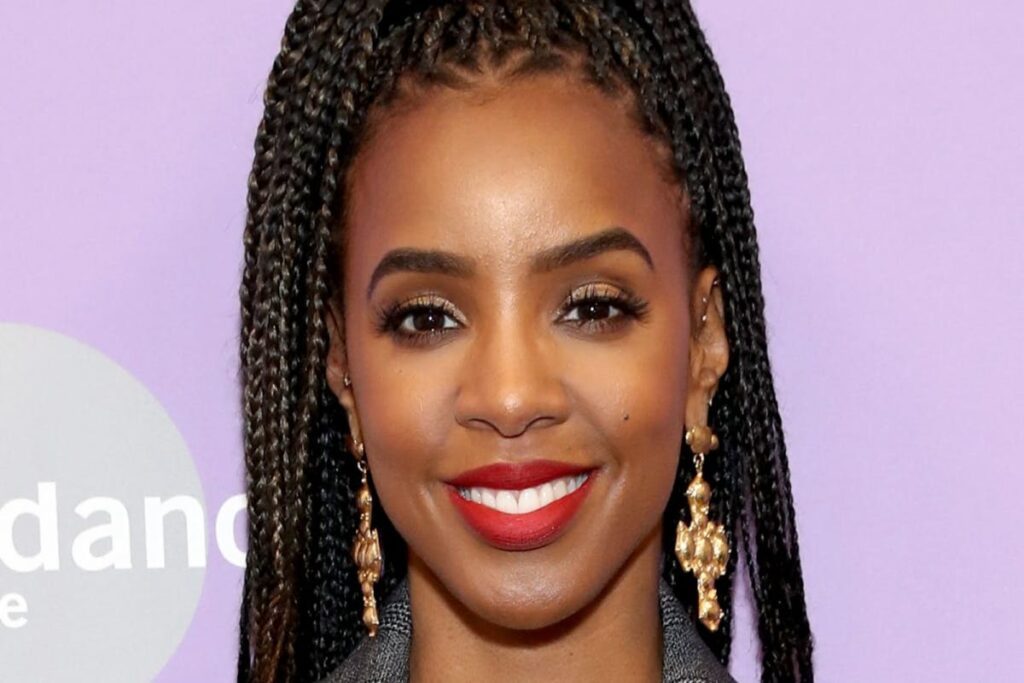 The beautiful and talented Kelly Rowland turns 40 today, so you already know we had to dedicate this week’s TBT post to her.

For the last 24 years, Kelly has blessed us as a founding member of Destiny’s Child and a solo star, and even though the industry doesn’t always do right by her, the work speaks for itself.

Below are my four favorite Kelly tracks. Happy birthday, Kelly!

When it comes to visuals, Cardi B don’t miss.

The rapper just dropped a new single titled “Up” and its video is simply breathtaking. From the choreo to the outfits, Cardi makes it clear that this ain’t no homemade shit.

The song sounds a bit like “Money” and is full of quotables, including a hook that declares that broke men don’t deserve pussy. The ladies are gonna love this one.

In under 14 hours, “Up” has racked up almost four million views, making it a strong candidate for a No. 1 debut on the Billboard Hot 100.

Today is Cam’ron’s 45th birthday, so it is only right that we revisit one of the best hookup songs ever made: “Hey Ma.”

The song features Juelz Santana, Freekey Zekey and Toya, and includes a sample of The Commodores’ “Easy,”. With a sample that good, it’s hard to go wrong, but Cam went even further by providing us with one of the best call-and-response choruses you will ever hear.

The track peaked at No. 3 on the Billboard Hot 100 and is Cam’ron’s biggest hit. Check it out below. 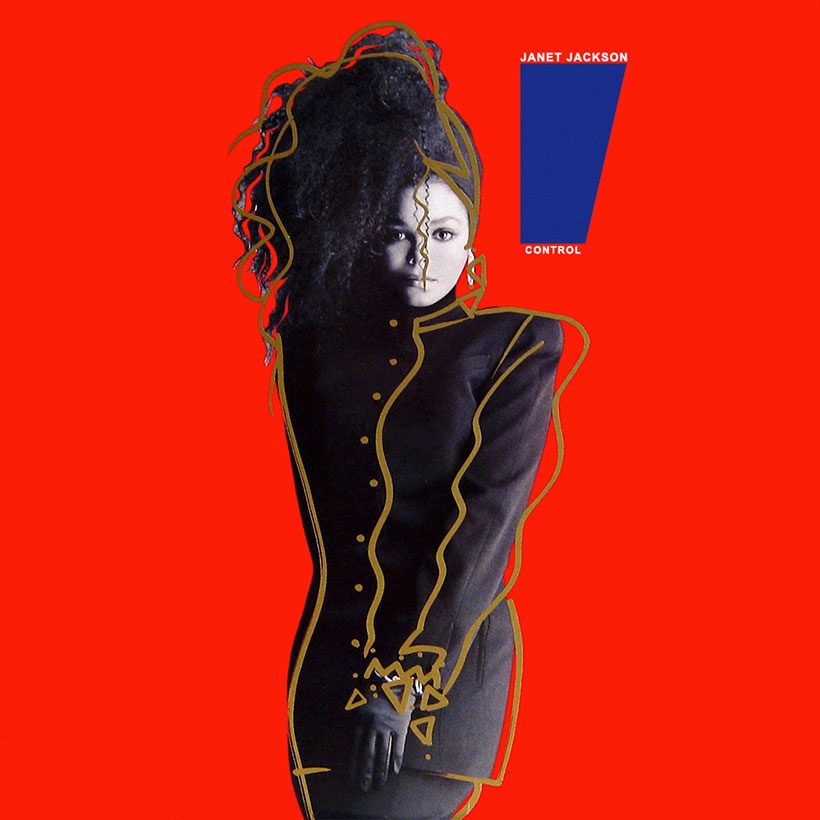 Today marks 35 years since the release of Janet Jackson’s breakthrough album, Control. It was her third LP, and prior to its release, Janet was generally known as the Jacksons’ baby sister. Sure, she had been on a few hit TV shows, but with this album, she established herself as a global superstar.

Before we can discuss the music, we have to discuss where Janet was at that point in her life and career. At just 19 years old, she was year out of an annulled marriage (to James DeBarge), which was followed by the firing of her manager at the time, Joseph Jackson. Yes, her daddy.

Janet hired a new manager, John McClain, who was a vice president at her record label at the time, A&R Records. McClain would introduce Janet to two former members of the group The Time, James “Jimmy Jam” Harris III and Terry Steven Lewis, and nothing was the same. Janet Jackson, Jimmy Jam and Terry Lewis would go on to form arguably the greatest creative partnership in the history of popular music.

Along with Janet, the duo co-wrote seven of Control‘s nine tracks and co-produced eight. The only track with no Jam & Lewis input is “The Pleasure Principle,” which was co-produced by Janet and whose video is among the most imitated ever.

Prior to Control, Janet had no creative input in her music. One could argue that the duo helped a young Janet find her sound, and in a way, she kinda did the same for them. Through their collaborations with Janet, the duo were able to register what a Jam & Lewis production sounds like in the consciousness of the music-buying public. And more importantly, they established themselves as the pioneers of a new subgenre: new jack swing.

Control has range in tempo and subject matter. Janet — Ms. Jackson if you’re nasty — is assertive on the title track as well as much-quoted “Nasty” and “What Have You Done for Me Lately.” But on “When I Think of You,” “You Can Be Mine,” and “He Doesn’t Know I’m Alive,” she shows us that assertive women need love too.

The biggest contrast, however, is between the eighth and ninth tracks of the album: “Let’s Wait Awhile” and “Funny How Time Flies (When You’re Having Fun).” On the former, Janet is basically preaching abstinence. On the latter, which is somewhat reminiscent of Michael Jackson’s “The Lady in My Life,” we get to experience a more mature and sensual side of Janet, complete with whispered sexy talk in French.

Given the generally upbeat feel of Control, a lot of people might miss the fact that it is deeply personal. The title track is about firing pops and grabbing the reins of her career, “What Have You Done for Me Lately” is about ex James DeBarge, “Nasty” is about a real-life sexual harassment incident, and even her abstinence anthem is about a conversation she had with a boyfriend in her early teens.

Control is a true classic and a reference point for a lot of the music made in the 20 years that followed. The album sold over 10 million copies worldwide and set Janet Jackson on her path to becoming the legend she is today.

My favorite track on this album also happens to be one of my favorite songs of all time (by any artist). Check it out below. 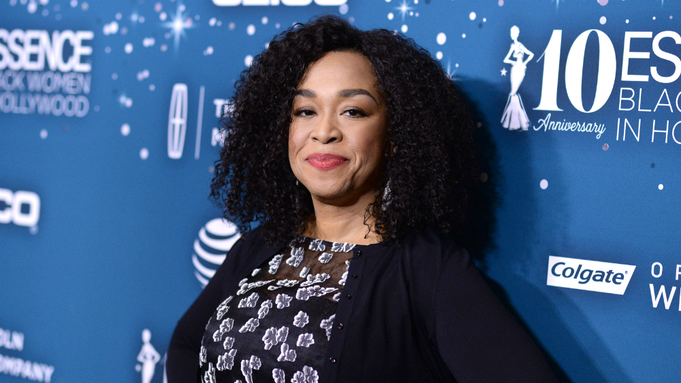 Alexis Garner returns! On this episode, we discuss the inauguration, a potential Verzuz battle between Usher and Justin Timberlake, the Chad Wheeler incident, DaniLeigh’s colorist song, and the record-breaking success of ‘Bridgerton.’

Many of the forgotten hits of the ’90s are better than 90% of what’s on radio right now. Yes, as a child raised in the ’90s, I’m totally biased, but let me have my moment.

Monifah’s “Touch It” is one of such forgotten hits. Released in the summer of ’98, the song samples Laid Back’s 1983 hit, “White Horse”, and was the lead single of Mo’s sophomore LP, Mo’hogany. It is an R&B/House blend with lyrics that are nastier than anything I can remember from a female R&B singer of that era. The song would go on to peak at No. 9 on the Billboard Hot 100, becoming Monifah’s biggest hit — unfortunately, it would also be her last song to make it onto the chart.

“Touch It” has been on the docket for a while, but with Monifah turning 50 on today, there is no better occasion to revisit this jam. Click play. 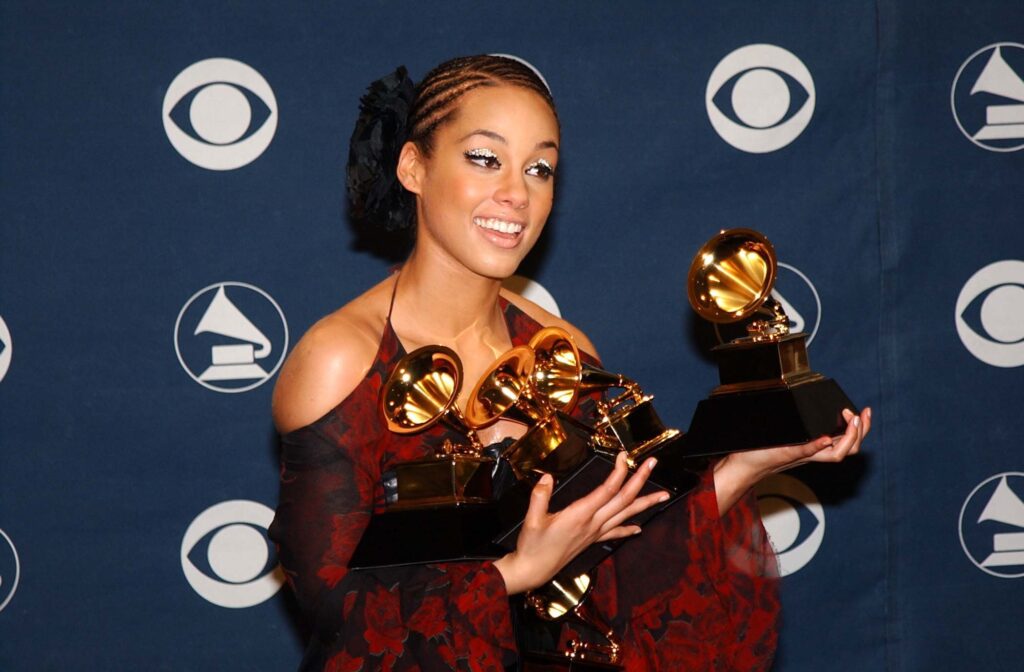 The year was 2001 and we were in the later stages of the teen pop boom that accompanied the new millennium. It was a big year for alternative rock and an even bigger year for Murder Inc. J.Lo was doing her thing as was Destiny’s Child. In the midst of all that came a 20-year-old girl from Hell’s Kitchen who played the piano and sang traditional R&B.

Considering what was happening in popular music circa 2001, Alicia Keys — and in particular, “Fallin’” — was very much an anomaly. However, with the Clive Davis machine behind her, the industry welcomed Alicia with open arms. And of course, critics can’t say no to an instrumentalist.

“Fallin’” would top the Billboard Hot 100 for four weeks and was the second-biggest hit of the year. Its parent album, Songs in A Minor, would sell over 12 million copies worldwide and win five Grammys — a record for a female artist at the time.

Over the next decade, Alicia would put out hit album after hit album, and win many more Grammys. She would also earn three more No. 1s on the Billboard Hot 100.

The 2010s weren’t as kind to Alicia, but with a run like had in the preceding decade, her career stands head and shoulders above most. Join me in celebrating this true icon!

Below are my four favorites from Alicia Keys’ catalog. 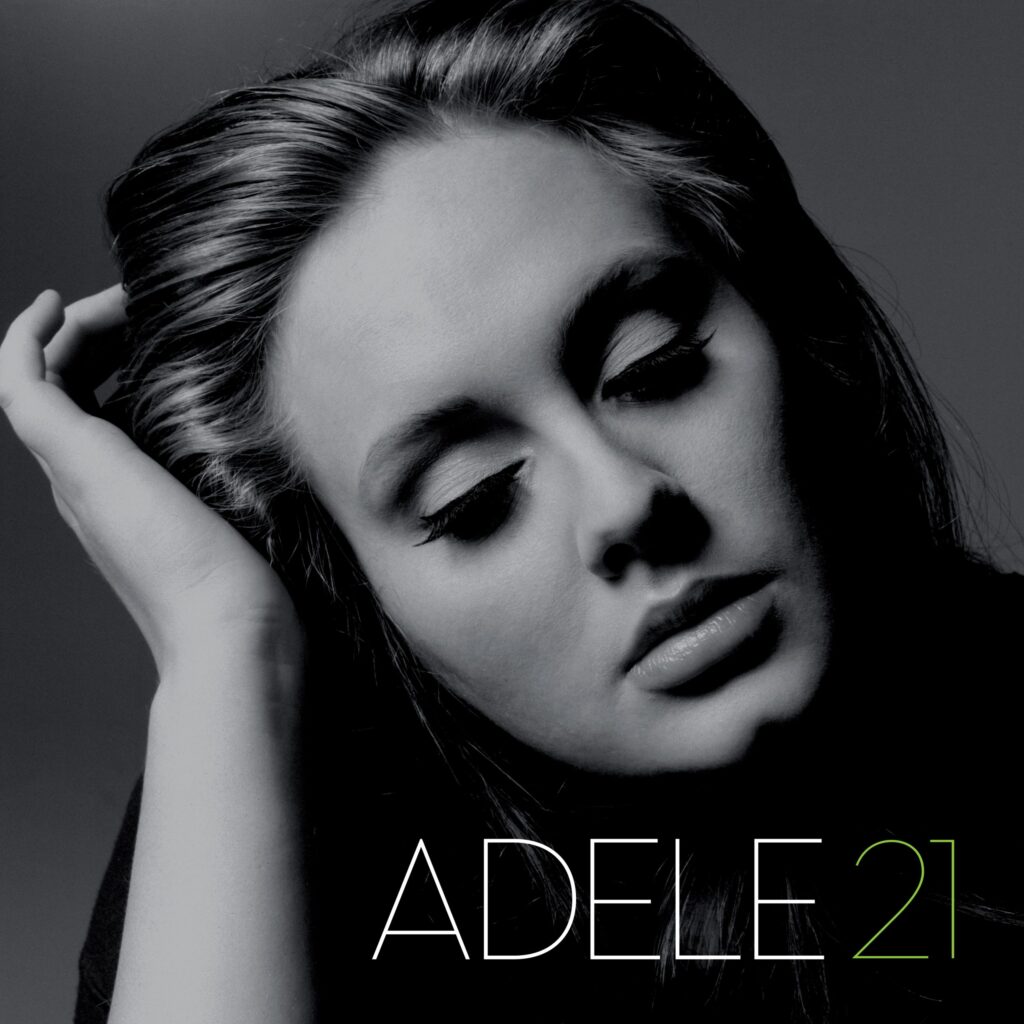 This past weekend marked 10 years since the release of Adele’s sophomore LP and the biggest album of the 21st century, 21.

21 came three years after 19, which was a moderate commercial success but a big hit with the critics, earning Adele two Grammys in 2009. The critics loved her because, in so many ways, Adele satisfies the unwritten requirements that make an artist “legit” in the eyes of your average critic: she’s white and makes music that is blackish but leaves enough room for the dedicated to pretend that it’s rock (it isn’t); she’s British; she’s decidedly modest in presentation; she writes her own songs and they’re generally autobiographical; and her music is depressing.

Unlike the average critic darling, however, Adele’s music is actually good. And following many raved-about televised performances in 2009, more and more people took note. By the next year, the music-buying public was primed for some more Adele.

Interestingly, Adele wanted to move in a different direction for her sophomore album — a more upbeat direction. However, due to writer’s block, she took a break from recording. Cue the devastating breakup.

Heartbroken and despondent, Adele returned to the studio to literally sing the blues. She poured all of her misery into her music, and 21 was born. The album goes back and forth between rage and despair, but never strays from its central theme: heartbreak. One can only wonder if a happier album would’ve been as successful — probably not — but thanks to her lived experiences, Adele was able to give the people exactly what they wanted.

In the final quarter of 2010, Adele dropped 21‘s lead single, “Rolling in the Deep,” and nothing was the same. The song was not just a hit — it was the kind of hit that everyone wanted to cover. You literally couldn’t escape it.

“Rolling in the Deep” topped the Billboard Hot 100 for seven weeks. It would be followed by two more No. 1s: “Someone Like You” and “Set Fire to the Rain.”

To say 21 was a juggernaut would be an understatement. It spent 24 weeks at No. 1, which is a record for a female artist, and another 24 weeks at No. 2. As far as chart performance is concerned, it is the most successful album in the history of the Billboard 200. It was the best-selling album of 2011 and 2012, and is among the best-selling albums of all time, with over 31 million units sold across the globe.

As you can imagine, 21 cleaned up at the Grammys because the Recording Academy never denies an artist that is “legit” but also does big numbers. Adele tied Beyoncé’s record of six Grammys in one night, but unlike Bey, three of Adele’s six were in the major categories. Y’know…because she’s “legit” and Beyoncé clearly isn’t, but I digress.

All in all, 21 is a solid body of work that has aged well over the last decade. My favorite track from the album is “Don’t You Remember.” Check it out below.

21 Jan Throwback Thursday: Patti LaBelle & Mariah Carey – “Got to Be Real” (Live at the Hammerstein Ballroom)

On September 22, 1998, Patty LaBelle performed at the Hammerstein ballroom in New York City. The concert would be recorded and released in audio form for her live album,
Live! One Night Only.

The concert included a cover of Cheryl Lynn’s 1978 classic, “Got to Be Real.” This cover was performed as a duet with Patti’s play-goddaughter, Mariah Carey. It’s not clear how widely available this performance was in 1998, but following the creation of YouTube, lots of rare performances were introduced to a new generation of fans — myself included.

The Patti/Mariah version of the song will go on to become extremely popular on the video-sharing website — mainly because of the amazing vocals, but also because of the cute yet hilarious interaction between the two divas. Patti’s screaming of Mariah’s name has since taken on a life of its own, and the performance has even inspired the web series Got 2B Real, which is centered around R&B divas (led by parody versions of Patti and Mariah).

If this is your first time of watching this performance, you’re in for a treat. Click play. 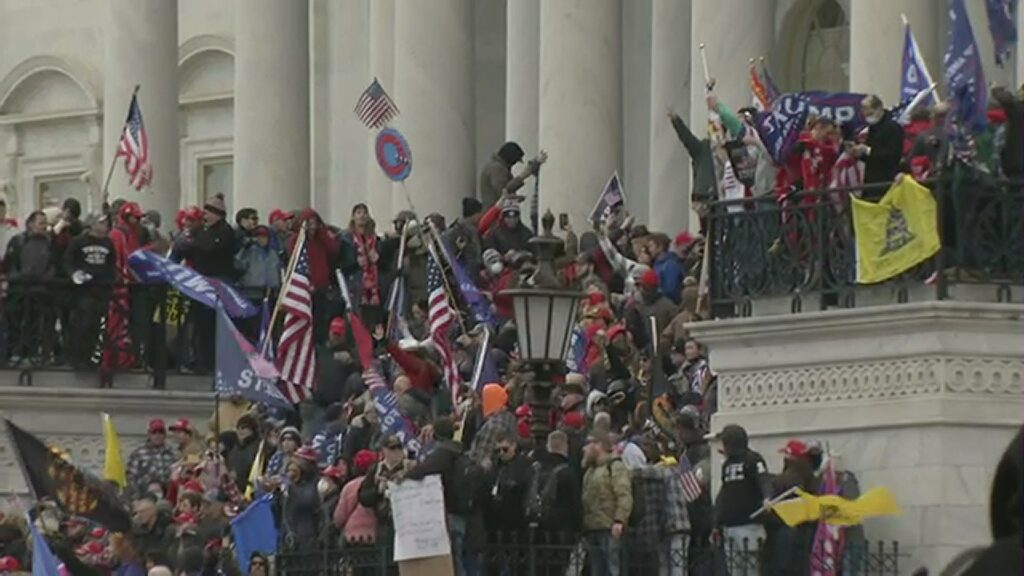 Rapper Sebastian Francis stopped by to discuss the insurrection in DC, the backlash against Popp Hunna, OT Genasis’ recent public blowup , and so much more.

Note: This episode was recorded on January 10, 2021 (i.e., before Donald Trump was impeached).