In a week where the world continues to protest in honor of George Floyd and the general mistreatment of black people, 2Pac’s “Changes” hits a little different. The song, released posthumously in October ’98, was a summary of the factors working against many black people in America.

I see no changes, all I see is racist faces.

With all of the police brutality we’ve seen as we protest against police brutality, and the new details we’ve learned about about the murder of Ahmaud Arbery, the lyrics to the song almost feels like a narration of life in 2020.

“Changes” samples “The Way It Is” by Bruce Hornsby and the Range, and features Talent. Even though it only peaked at No. 32 in the US, “Changes” was a top 5 hit in many European countries and is arguably Pac’s biggest posthumous single. Click play.

Earlier this week, yet another unarmed black person became a hashtag after being killed by the police. And once again, we have video evidence.

Forty-six-year-old father of two, George Floyd, was in handcuffs and laying on his belly while Minneapolis police officer Derek Chauvin pushed his knee into his neck for at least eight minutes — it’s unknown how long he had been doing that before a bystander started recording. It was clear that Floyd was dead within five minutes of the recording, but the officer — who was accompanied by three others — kept his knee in place.

Minneapolis has been up in smoke since the incident, and other cities have shown solidarity via protests of their own. All four officers at the scene have been fired, but no arrest has been made despite ample evidence in support of doing so.

I had another song planned for this week’s Throwback Thursday post, but following the death of George Floyd, I’m left asking one question: What’s going on?

Marvin Gaye asked the same question on the lead single and title track of his 11th studio album, What’s Going On. Written by Gaye, Al Cleveland and Renaldo Benson, the song was inspired by the social unrest at the time. It went on to peak at No. 2 on the Billboard Hot 100.

As we continue to live in the uncertainty of a global pandemic, and as George Floyd’s killer remains a free man, I have no choice but to ask the same.

“What’s Going On” has been remade four times, most recently in 2001, when Jermaine Dupri and Bono assembled an all-star cast of artists — including Destiny’s Child, Backstreet Boys, Britney Spears and Nelly — for a remake aimed at raising money for AIDS treatment across the world. However, before the song was released, the terrorist attacks of September 11, 2001, which led to the proceeds of the song being split between AIDS treatment and September 11 relief.

It’s hard to remake a classic of this importance without ruining it, so I tip my heart to JD, Bono and all the artists — collectively called Artists Against AIDS Worldwide — involved. Listen to the original and the 2001 version below.

Christopher Wallace, better known as the Notorious B.I.G., would have been 48 years old today. His life and career were cut short in 1997, but by all measures, he made his time on earth count.

“Juciy,” the first single from Biggie’s debut album, Ready to Die, is among his many classics and, in my humble opinion, his single best work. Rapped over the beat to Mtume’s “Juicy Fruit,” Biggie takes us on a journey that begins with a young Chris — reading Word Up! and daring to dream — and ends with his new reality as the Notorious B.I.G., rap star who sips champagne when he’s thirsty.

The beauty of “Juicy” is that it encapsulates Biggie’s life and is yet very relatable — to people who grew up less privileged, to black males misunderstood, and to anyone with big dreams. Basically, there is something for almost everyone.

In the 26 years since its release, “Juicy” has remained evergreen and is widely considered to be one of the greatest rap songs ever. Join me in celebrating this classic and the life of the Notorious B.I.G.

Chloe x Halle just dropped the video for “Do It,” the second single from their second album, Ungodly Hour, and the people are taking notice.

For the first time, the Beyoncé signees are giving us a real banger and some choreo to boot. This is all part of the duo’s plan to show that they can give us bops along with the “musicianship” they’re known for.

Watch “Do It” below.

This past Sunday, the world lost R&B singer Bessie Regina Norris, better known as Betty Wright. If you’re not familiar with the name, I understand. And if you are, take this crown, king/queen.

Betty Wright wasn’t a big star, so even though she’d been in the industry since 1966 (at just 12 years old) and even achieved a top 10 hit in 1972, her fan base was generally limited to true R&B heads. However, so many of her recordings have been sampled in songs that went on to become major hits, including Color Me Badd’s “I Wanna Sex You Up.”

If there ever was an argument for sampling songs, it is that it sometimes allows for the discovery of good music that had otherwise been forgotten. At any given time, there is good music being ignored for whatever reason, but for black artists, especially black artists of a certain era, the marginalization of their work was protocol. And that marginalization is why artists as gifted as Betty Wright are denied the superstardom they so deserve.

I urge you all to take a deep dive into Betty Wright’s discography. No one did a spoken verse quite like she did, and as far as whistle notes are concerned, she was one of the best to ever do it. Word to Minnie and Mariah.

Our TBT pick is a live performance of “No Pain, (No Gain),” the first single from Betty Wright’s 12th album, Mother Wit (1988). Click play and thank me later. 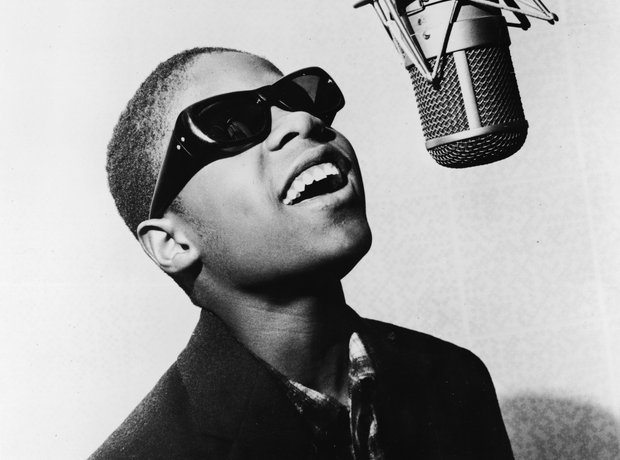 Signed by Motown Records at just 11 years old, Stevie Wonder has now giving us almost 60 years musical magic. At 13, he became the youngest artist in history to top the Billboard Hot 100 and Billboard 200, with “Fingertips” and Recorded Live: The 12 Year Old Genius, respectively. In the decades that have followed, he has achieved eight more Hot 100 No. 1s and earned 26 Grammys, including three for Album of the Year — a record he shares with Frank Sinatra — and one for Lifetime Achievement. Also, his three Album of the Year wins were for consecutive releases. Because he was cookin’ like that in the early-to-mid ’70s.

So many of Stevie Wonder’s songs are now standards for life events like birthdays and weddings. His music is quite literally the soundtrack of our lives and is among the most sampled in popular music.

Below are my seven favorite Stevie Wonder tracks.

Earlier today, 6ix9ine just dropped a new video that looks a lot like one of his old videos.

Lyrically, “GOOBA” is also a lot like his other stuff — stoopid, dummy, etc. One small but critical difference is the absence of the “Treway” ad libs, which is understandable considering his relinquished membership of the gang he once repped.

Today is Tekashi’s 24th birthday, and he celebrated with an IG Live that attracted two million viewers — a new record. Also, with over 17 million views on YouTube in just eight hours, the “GOOBA” video is on pace to have highest number of views in 24 hours for a hip-hop video. That record is currently held by Eminem, who racked up 38.1 million first-day views for “Killshot” (which is technically not a music video).

08 May Music Video: Justin Bieber & Ariana Grande – “Stuck with U”

Justin Bieber and Ariana Grande linked up for “Stuck with U,” a soulful ballad that sounds like it was made just for everyone with a quarantine bae. For those of you without, I’m sure there are more suitable selections out there.

The video is a montage of a variety of cutesy quarantine clips, including cameos from Gwyneth Paltrow and Brad Falchuk, and Steph and Ayesha Curry. Justin and Ariana also get some couple cam time with their respective significant others, Hailey Bieber and Dalton Gomez.

All proceeds from “Stuck with U” will be donated to the First Responders Children’s Foundation, which supports children of paramedics, EMTs, police, firefighters, and healthcare workers.

If you had 24 hours to live, just think, where would you go? What would you do? Who would you screw?

Mase tapped the LOX, Black Rob, DMX, and an uncredited Diddy for this track that will have you thinking about how you’d spend your final hours if you knew death was imminent. The bars on “24 Hrs. to Live” range from comical to poignant, with each rapper putting their very best foot forward.

Even though the song was technically an album cut, it was so popular on the radio that Mase did the needful and shot us a video. At the time, there were talks about Lil’ Kim, Foxy Brown, Queen Pen and Missy Elliott coming together to make an all-female version of the song — discussions progressed to the point where Queen Pen even recorded her verse. However, according to Mase, plans fell through because Foxy wasn’t rocking with Kim nor Pen. Industry beef robs us of good music yet again.

Ladies and gentlemen, it has been a good week for remixes.

First, we had the H-Town linkup on the “Savage” remix, and now we have Doja Cat on the same track with the woman many consider to be her biggest influence: Nicki Minaj.

The “Say So” remix improves on the original, with Nicki joining Doja on both singing and rapping duties. As signaled on “Yikes,” Nicki appears to be in a good creative space and is rapping like it’s 2010 again.

In classic Nicki fashion, she didn’t miss an opportunity to take down an enemy, ending the song with what sounds like a dig at Wendy Williams, who she has called “demonic” in the past.