In March of 2003, Busta Rhymes released “I Know What You Want” as the second single from his sixth studio album, It Ain’t Safe No More….

Produced by Rick Rock, the song is a collabo with Mariah Carey and Flipmode Squad. The beat is as sick as they come, and all rappers involved came with their best bars. However, no one would dispute that the hook is what really sells the song. With perfect sing-along lyrics and a tuneful melody to boot, the chorus has a singing Busta Rhymes going back-and-forth flirtatiously with a breathy Mariah.

The music video stars actor Michael Jai White and video vixen Tae Heckard, who play a married couple. Heckard’s character seems to be falling for her bodyguard, played by Busta Rhymes, but nothing happens between them. By the video’s end, there is an apparent kidnap of Heckard’s character, but in the recently released sequel, we learn that that’s not quite what happened.

“I Know What You Want” peaked at No. 3 on the Billboard Hot 100, becoming one of Busta Rhymes’ biggest hits and tying with “What’s It Gonna Be” (featuring Janet Jackson) as his highest-charting song. Join me in revisiting this classic! 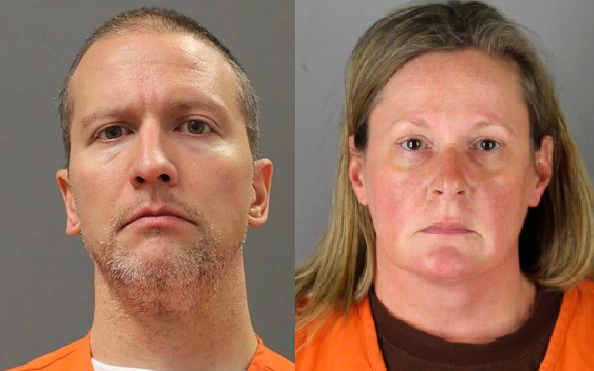 (Executive Producer’s Note:
1. There were sync issues, so it might seem like we’re talking over each other, but we weren’t. Send all hate mail to Anchor.

2. This episode was recorded on April 15, 2021, five days before the verdict in the Derek Chauvin trial was reached.)

Exactly 25 years ago, “Don’t Speak” was “released” as the third single from No Doubt’s third album, Tragic Kingdom. The word “released” is in quotes because a physical single was never issued, so by 1996 chart rules, the song was basically an album cut — music video notwithstanding.

“Don’t Speak” was co-written by lead singer Gwen Stefani and founding member Eric Stefani, Gwen’s older brother. Eric had split his time between No Doubt and working as an animator on The Simpsons, but eventually left to work in animation full-time at the end of the Tragic Kingdom sessions.

“Don’t Speak” is said to have been re-written multiple times, and was originally a love song with a quicker pace. The version we know and love came after Gwen rewrote most of the lyrics (and even some of the melody) to make it a much sadder, much slower, (and much better) breakup song. That modification was inspired by Gwen being dumped by bandmate Tony Kanal, who she had been with for seven years.

While it never cracked the Billboard Hot 100 (due to the previously mentioned technicality), it topped the Hot 100 Airplay chart for 16 weeks — a record at the time. The song would also be nominated for Song of the Year and Best Pop Performance by a Duo or Group with Vocals at the 1998 Grammy Awards, more than two years after its parent album was released (and just under two years after it was made a single). In summary, the Recording Academy’s rules only matter when they want them to.

“Don’t Speak” is a true classic and yet another reminder that the charts don’t always tell the full story. It is also a fine example of autobiographical songwriting done right. Click play.

This week, Busta Rhymes dropped a video for his new single, “Where I Belong” (featuring Mariah Carey). The song was recorded many years ago, and its video was actually filmed this week in 2017. Both song and video were kept in the vault for years, most likely due to delays in the release of its parent album, Extinction Level Event 2: The Wrath of God, which dropped last October — seven years after it was first announced.

The “Where I Belong” video is a sequel 18 years in the making, with Michael Jai White and Tae Heckard reprising their roles — and the latter looking as if time stood still. Check it out below.

Gwen Stefani just dropped a visual for “Slow Clap,” and unlike the original audio we got a month ago, it features a verse from everyone’s favorite icy girl, Saweetie.

“Slow Clap” is melodious and catchy and everything we need as the weather starts to warm up. The song is an absolute return to form for Gwen, and by the time you watch the video and see all its “urban” accoutrements, it will definitely start to feel like 2005 again. As one fan put it, the queen of cultural appropriation is back.

“Slow Clap” is the second single from Gwen’s as-yet-untitled fifth studio album, which is slated for release later this year.

Doja tapped SZA for “Kiss Me More,” the lead single from her upcoming album, Planet Her.

Co-written by both artists along with Dr. Luke, tizhimself, Rogét Chahayed, Carter Lang and Yeti Beats, “Kiss Me More” is a nu-disco that will have you nodding on the first listen.

While the song is great, it is a bit surprising that two female artists chose to work with Dr. Luke, who has been in a seven-year legal battle with Kesha, who accused him of drugging and raping her. But I digress.

Watch the “Kiss Me More” video below.

As the world continues to pray for DMX, who suffered a heart attack six days ago and is still in a coma, there is no better time to honor this hip-hop legend.

“Ruff Ryders’ Anthem” was the third single from the rapper’s debut album, It’s Dark and Hell Is Hot. Produced and co-written by Swizz Beatz, DMX supposedly rejected it at first, saying that it sounded too much like a rock song — and in a way, he was right. And whether or not it was intended, DMX maintained a kind of appeal that is unique to rock stars — moderately successful singles, but hugely successful albums and live shows.

Given how much of a classic it has become, it’s hard to grasp that “Ruff Ryders’ Anthem” only peaked at No. 93 on the Billboard Hot 100. But as I have mentioned in other posts, the charts don’t always tell the full story.

Join me in celebrating DMX and this iconic song!

If you’ve been on TikTok at all lately, you’ve probably heard this song, which was the soundtrack to a viral challenge earlier this year.

The #TrackStarChallenge shows social media users — usually young women — running as the hook of “Track Star” by Mooski plays. For the longest time, I thought he was singing about a young woman who’s about her business, running and staying on the move to get her paper right. I was wrong.

“Track Star” is about a woman with commitment issues who ends every relationship prematurely. The not-so-great singing and association with a silly viral challenge may lead some to overlook the lyrics, but if you pay attention, Mooski is spittin’. Also, this kind of vulnerability is what’s missing in R&B right now.

The track star in the video is singer Coi Leray. She puts Mooski through hell and breaks up with him only to try to get back together. Watch the video all the way to the end. You won’t be disappointed.

Last week, we didn’t have any TBT post because yours truly was celebrating a birthday. To make up for that, I’m blessing you with two selections.

Y’know…someone once told me that her pastor said that March 25 was the second-most important day of the year. Because it was the day Jesus was conceived. I laugh, but I agree that 3/25 is indeed special.

Sarah Jessica Parker, Juvenile, Big Sean and Gloria Steinem, among many other illustrious figures, were born on that glorious day. And as if that day didn’t have its fair share of legend babies, Aretha Franklin and Elton John had to come through. I mean…look at the material.

As a belated celebration, this week’s second TBT post is a 1993 performance of “Chain of Fools” delivered on the TV special Aretha Franklin: Duets. This version is special because Smokey Robinson, Rod Stewart and birthday mate Elton John sing backup for Queen Aretha. Legends only.

It’s the first of tha month, and it’s also a Thursday, so was there really any other choice?

While “Crossroads” is by far the biggest hit in the Bone Thugs-N-Harmony catalog, “1st of tha Month” is arguably just as memorable. Released in June 1995 as the first single from the group’s sophomore set, E. 1999 Eternal, the song is an ode to welfare checks, which are issued on the first day of the month. Because so many other things happen on the first day of every month — like rent payments and other bills — the song has come to mean different things for different people.