After the release of “7 Rings” two weeks ago, Ariana Grande faced accusations of plagiarism from every direction — and they were all credible. “7 Rings” does, in fact, sound like Soulja Boy’s “Pretty Boy Swag,” Princess Nokia’s “Mine,” and 2 Chainz’s “Spend It.”

One of my first observations about the “7 Rings” video is that the party house was strikingly similar to 2 Chainz’s trap house — it still isn’t clear if this was intentional, but I find it hard to imagine that it wasn’t. Fast forward to today and we now have 2 Chainz on the song’s remix.

Strategically speaking, it is a brilliant PR move that will quell a some of the accusations against Ariana — at least those coming from 2 Chainz fans. It would’ve been dope if Princess Nokia and Young Drako could hop on the track, but given the aggressive way that both artists called Ariana out, I don’t see that happening anytime soon.

The “7 Rings” remix is as basic as they come. It’s just a 2 Chainz verse with some additional ad libs from Ariana. Check it out below.

We now have a video for Sam Smith and Normani’s “Dancing with a Stranger,” and I wanna take this opportunity to remind you all that Normani is the only one of these young girls that’s ready for the throne (whenever Beyoncé finally relinquishes it). Watch and be amazed.

31 Jan Throwback Thursday: Color Me Badd – “I Wanna Sex You Up”

Color Me Badd’s “I Wanna Sex You Up” is one of those songs that manages to be a baby-making slow jam and a club banger at the same damn time, and for that alone, it will go down in history.

Released in March 1991 and written by Elliot Straite, “I Wanna Sex You Up” gives us doo-wop-style vocals over a bouncy contemporary beat, and the result is pure musical magic. The song samples Betty Wright’s “Tonight is the Night” and Shuggie Otis’ “Strawberry Letter 23,” and includes soundbites from Doug E. Fresh’s “La Di Da Di.”

The song peaked at No. 2 on the Billboard Hot 100 and No. 1 on the UK Singles Chart, and has aged beautifully in the 28 years since its release. The video has also aged well in an ironic oh-what-a-time kinda way. Check it out below.

If I had to imagine a song made by a British DJ and white British man singing soulfully, it would probably sound like “Giant.” The song is so typical, and sometimes, that’s perfectly okay. The video — which, I might add, is also typical — features an angsty young man in a track suit who runs into the woods and eventually ends up in a mosh-pit-type situation with other people dressed in track suits. Fascinating stuff.

“Giant” is the first single from Calvin Harris upcoming album — his sixth LP. Watch the video below.

In late ’98, Blackstreet, Mya, Blinky Blink and Mase got together to give us a jam for the ages. “Take Me There,” a song from the Rugrats movie soundtrack, is proof that the truly talented can make a hit out of anything — the central melody is based on the cartoon’s theme song.

Much to my surprise, the song only peaked at No. 14 on the Billboard Hot 100. I always assume that any song that I had in heavy rotation must have at least been a top 5 hit, but as it turns out, the American public doesn’t always like nice things. Enjoy this classic below.

If Aminé ever decides to abandon rap, he would have a bright future in comedy. Watch the hilarious “BlackJack” video below.

J. Cole just released “Middle Child,” the first single from his upcoming album, The Off Season. Produced by T-Minus and Cole himself, the song’s title is an analogy for the rapper’s (self-proclaimed) position of being caught between two generations (“I’m dead in the middle of two generations, I’m little bro and big bro all at once”).

J. Cole does a fair amount of name-checking on the track, but the part that’s getting the most attention online is the rapper’s mention of Drake, who he acknowledges as a fellow legend. This is followed by what could only be considered a Kanye diss:

Listen to “Middle Child” below.

“Happiness is the same price as red bottoms”

Ariana Grande is all about rings and things on the aptly titled “7 Rings,” which is the third single from her upcoming album, Thank U, Next — her fifth studio LP. The track is said to be based on a real-life event — according to reports, Ari bought engagement rings for herself and six of her closest friends after her breakup with Pete Davidson. The song was written that very day and even references that shopping trip.

The first two verses are sung to the tune of “Favorite Things” from Sound of Music, with Ariana singing about overcoming her tribulations with the help of retail therapy. She revels in materialism and brings her girls along for the ride.

Sonically, the song is very nü Beyoncé, especially on the third verse, which sounds like it could be something from Lemonade or Beyoncé. The video is trap-meets-Harajuku, with Ariana and a gaggle of girls partying in Japanese-inspired gear at a house that appears to be modeled after 2 Chainz’s famed trap house — complete with the pink finishing and black graffiti on the walls.

Overall, the song is no “Thank U, Next,” but it’s definitely something you can nod your head to. Check it out below.

Today is Ray J’s birthday, so I figured I’d make a selection from his catalog for this week’s TBT post.

In 2001, Brandy and Ray J took on Phil Collin’s classic, “Another Day in Paradise,” for the tribute album, Urban Renewal, which was a collection of “urban” remakes of Collins classics.

The “Paradise” remake served as the album’s lead single and reached the top 10 in many European countries. The single — much like the album — wasn’t promoted in the United States, and quite frankly, if I didn’t live abroad at the time of the song’s release, I probably wouldn’t know it.

The Norwood siblings definitely made this classic their own. And as if a cover wasn’t enough, they made a Stargate-produced remix that knocks oh so hard. Check it out below. 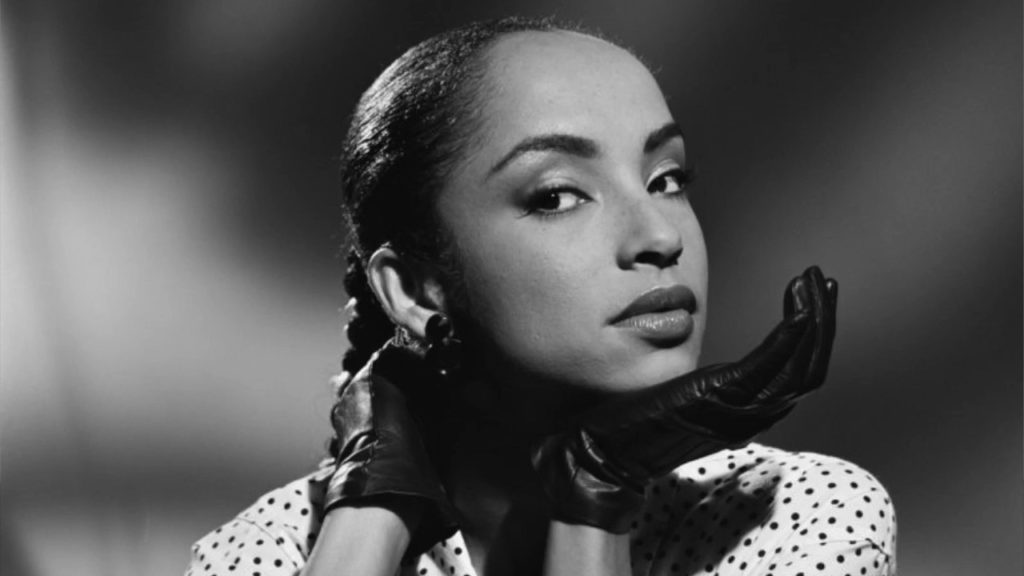 Before Adele or Frank Ocean or any of these younger artists who like to play mysterious, there was Sade Adu, the Queen of Mystique. The lead singer of the band, Sade — yes, it’s been a band this whole time — rarely does interviews and declines almost every collaboration request. My theory on people like this is that they probably obsess over fame more than the artists who chase it more openly.

Unlike most “mysterious” entertainers, Sade is actually honest about her motivations for being that way. In a 2010 interview, she explained that collaborations with other artists might expose the fact that there isn’t enough talent to back up the hype. I respect the honesty more than words could tell.

In any case, today is Sade Adu’s 60th birhtday, and in celebration of her six decades, I’ve posted my six favorite Sade songs.