Travis Scott is back with another video, and as you can imagine, the visuals are amazing. We see actual home footage of a young Travis Scott, which transitions into a dream in the video, where “Young Travis” falls from the sky into a forest that eventually turns out to be AstroWorld, the shuttered amusement park after which Travis’ latest album is named. My head hurts. Check the video out below.

After weeks of teasing, we finally have the video for Ariana Grande’s “Thank U, Next,” which pays homage to some of the greatest “chick flicks” — I hate that term — of all time, namely Bring It On, Legally Blonde, Mean Girls and 13 Going on 30. While the video isn’t bad, it doesn’t nearly live up to the hype. Also, I think Ari might have given us a little too much of the good stuff, so there wasn’t much left when we saw the actual video.

As seen in the trailer, we have appearances from Jennifer Coolidge, Jonathan Bennett and Stefanie, but the big surprise is Kris Jenner, who plays Regina George’s “cool mom” — Amy Poehler’s character from Mean Girls. Watch the video below. 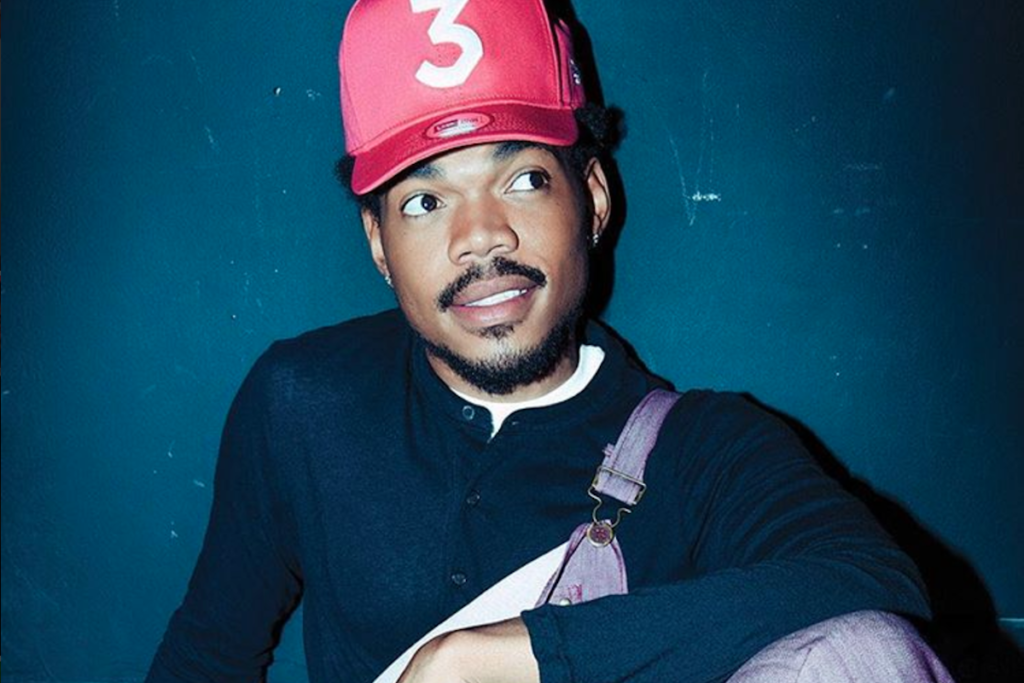 Chance the Rapper released two new tracks, “The Man Who Has Everything” and “My Own Thing” (featuring Joey Purp), just under three hours ago. Both tracks sound like standard Chano, or should I say, standard Chicago rap.

“The Man Who Has Everything,” produced by Nascent and Jeremih, reminds me a bit of “Jay-Z’s “Marcy Me”; “My Own Thing” — produced by Stix, JustSpvnk, B-Real, Eric Butler and Verner — reminds me of the  gospel-infused up-tempo on Coloring Book. Both songs are dope. Check ’em out below.

“The Man Who Has Everything”

Lingerie, pasties and lots of ass-shaking. The sex appeal was on a hunnid thousand trillion in the just-released video for the “Good Form” remix, and given the song’s lyrics, I would’ve been disappointed if we got anything less.

The new verse from Lil Wayne was a great addition. Look out for a few famous faces in the video, including Lauren London, Evelyn Lozada and Tyga.

If I had my way, every day would be Thursday. That way, I’d be able to make a TBT post every single day.

I cherish these TBT posts because they allow me to share music that I really love. It is also a lot easier to discuss music that you already have a relationship with — it’s like having to describe an old friend versus a person you just met. Much of my life includes discussions about classic songs that I love, so these posts feel very natural.

This week’s selection is especially important because it is one of my favorite songs of all time. For as superficial and materialistic as I can be, I always remember that the best things in life are free. In 1992, Luther Vandross and Janet Jackson — with an assist from Bel Biv Devoe and Ralph Tresvant — collaborated on a song with that very message, and it was glorious.

Written by Jimmy Jam, Terry Lewis, Michael Bivins and Ronnie Devoe, “The Best Things in Life Are Free” was the second single from the Mo’ Money soundtrack. It samples George McCrae’s “I Get Lifted,” which was written by Harry Wayne Casey and Richard Finch — both from K.C. and the Sunshine Band. As far as melodies go, they don’t get much sweeter than “Best Things.” It’s so good that almost nothing else about the song matters, except that it has the dopest new jack swing beat ever. And as if that wasn’t enough, the lyrics are beautifully simple — you will find yourself singing along even if you didn’t want to.

“Best Things” peaked at No. 10 in the US and No. 2 in the UK, which is more evidence that some of the best songs of all time weren’t No. 1 hits. Though it had a music video, I’m posting an audio of the track because the video featured a house version of the song that — though awesome — doesn’t come close to the original. Enjoy this classic!

Young Thug just released the video for “Chanel (Go Get It)” earlier this week, and I gotta say, rappers of today love themselves some special effects. The video features dancing skyscrapers, dancing trees, floating boulders, and a giant snake weaving through a forest. Oh and let’s not forget the Lamborghini that melts Terminator-2-style. Watch the video below.

I skipped on reviewing (or even listening to) Takeoff’s solo album because I had low expectations and I am still kinda recovering from the review of Quavo Huncho — it wasn’t a terrible album, but it wasn’t amazing either and it was hella long. And I’m also tempted to downgrade its rating, but whatever.

Anyway, upon hearing “Casper,” I’m seriously considering giving The Last Rocket a chance. The song manages to be very Migos-esque without sounding tired, and Takeoff snapped on every verse. The video is also dope — it features Takeoff ghostriding his Wraith on the moon. Because that’s what young rich niggas do. Check it out below.

Travis Scott just dropped a Skrillex-produced remix of “Sicko Mode” and it is [fire emoji]. Skrillex went full Skrillex on the beat, and it actually works. Check it out below.

I always forget that Tamar Braxton is a legitimate artist because the first things that come to mind when I think of her are reality TV and Instagram drama. That being said, I have never heard a Tamar song I didn’t like — I’ve never done a deep dive in her albums, but all of the singles I’ve heard have been solid. “Wanna Love You Boy” is no different.

The video looks like it was shot on somebody’s Galaxy S5, but I like it anyways. The colorful outfits and droptop Cadillac give me ’90s vibes, and I live for nostalgia. Watch the video below.

We now have a video for “ZEZE” and Travis Scott directed it, so you know it’s good.

The video is presented as “behind-the-scenes” footage, where we get to see all of the mishaps that could happen during the production of a music video, complete with a moody video director (played by art prodigy Steven Savoca). We also get what appears to be actual footage of Travis Scott directing the video. And, of course, we get all the special effects. Because Travis Scott.