Let me just start by saying that Mariah Carey is somewhere seething at this track. I’ll explain why in a minute.

Ariana Grande just dropped “Imagine,” presumably the second single from her upcoming album, which she has described as First Wives Club if it were an album. Produced by Happy Perez and Andrew “Pop” Wansel, the song is a sexy mid-tempo about cupcaking with your boo. It’s supposed to be about denial, but if you’re not aware of what’s happening in her personal life, you might not be able to pick up on that theme.

The highlight of the song is when she hits a few sharp whistle notes that will make you sit up. Its noteworthy not just because she’s showcasing the breadth of her vocal range, but also because it indicates that she is back to emulating her idol, Mariah Carey, more openly. After being shaded Mimi a few times, she kinda went out of her way to avoid the comparison. These whistle notes say “I don’t give a fuck.”

Listen to “Imagine” below. 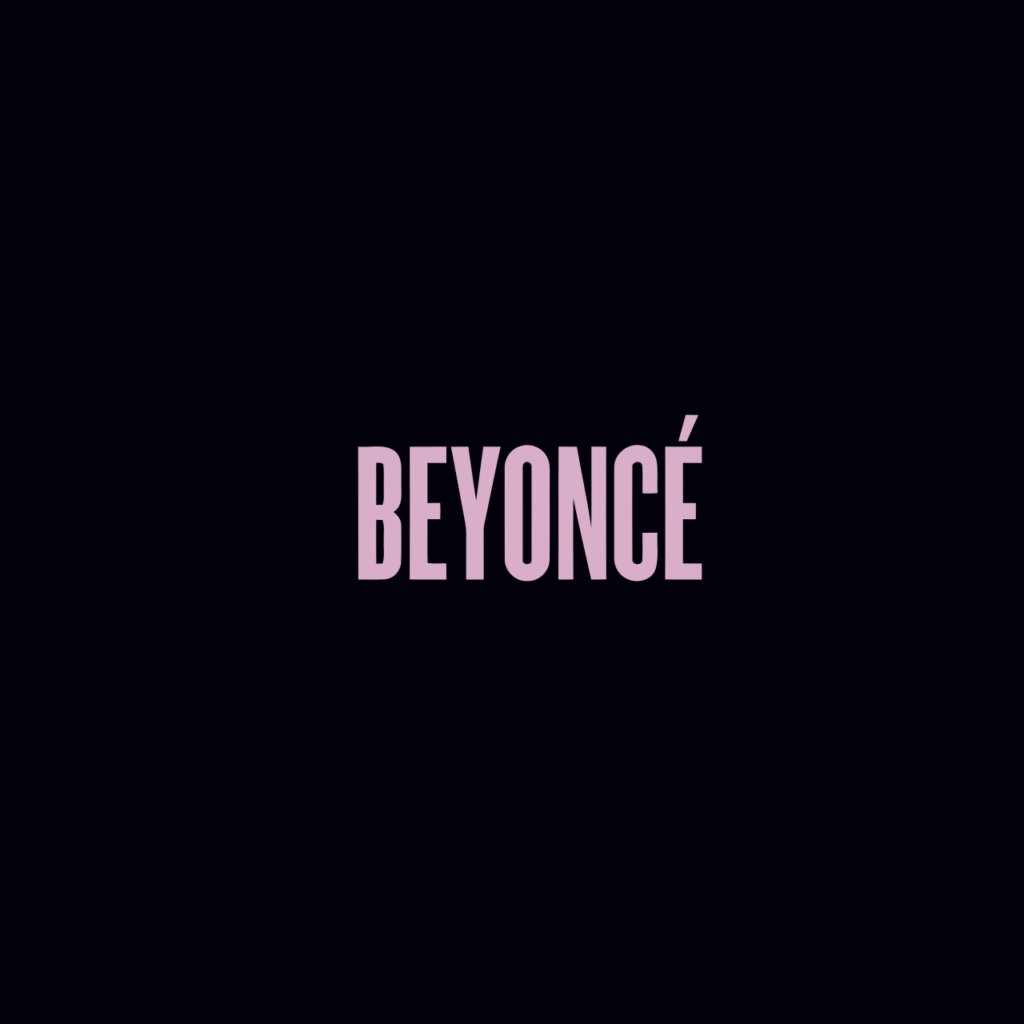 Five years ago today, Beyoncé released her self-titled fifth studio album, and nothing was the same. In an extravagant display of pop clout, Beyoncé released a 14-track visual album with zero promotion. As she sings on her collabo with Nicki Minaj (“Feeling Myself”), the world literally stopped.

Months after 4‘s release, she’d give birth to her first child, Blue Ivy Carter. She went relatively quite (as one would expect) and said nothing about future releases. There were reports about collabos with everyone from Miguel to Frank Ocean, but no conrete details. We also saw pics of her at Coney Island — we’d later find out it was the “XO” video shoot — but we never got any explanations.

We were all going on about our lives, then one glorious day in December 2013, she destroyed us. The music on the album was great, but that almost didn’t matter. The scale and secrecy of the project was mind-blowing.

The Beyoncé album also marked the legend’s withdrawal for the chart race. By giving all tracks the single treatment (all at once), she essentially made them all less viable for high chart positions. “Drunk in Love” (featuring Jay-Z), which was sent to radio days after the album’s release, peaked at No. 2 on the Billboard Hot 100, but no other single cracked the top 10 — and that didn’t matter. The album’s impact was so great that the statistics became somewhat less relevant.

By taking an unorthodox approach to releasing her music, Bey not only reinforced her place in the game, she injected some much-needed excitement into the music industry. And by having a video to go with each track, she forced audiences to enjoy the album as a body of work, as opposed to cherry-picking whatever tracks are being raved about, which is what happens in this day of social media and single-track downloads.

Beyoncé sold over five million copies worldwide and won three Grammys — the Recording Academy fucked her over to give Album of the Year to an artist who hasn’t had a hit since ’95, but it’s all good. The legacy of the Beyoncé — which is evidenced by the spike in surprise album releases — is bigger than a Grammy.

My favorite track from that album is “Partition.” Watch the video below.

If I did a tally, I’m sure Janet Jackson would be the most frequently selected artist for my TBT posts. I know I just had her on here two weeks ago, but with the news breaking earlier today that she will be inducted into the Rock & Roll Hall of Fame, it is only right that we run Janet back.

I’ve already posted my absolute favorite Janet songs before, but because she has such a prolific catalog of classics, there are always solid options to choose from.

“Alright” was the fourth single from Janet Jackson’s Rhythm Nation 1814 and one of the album’s seven top 5 hits (peaking at No. 4). The song, written by Janet, Jimmy Jam and Terry Lewis, samples Lyn Collins’ “Think (About It)” and BT Express’ “Do You Like It.” The writers of both sampled songs — James Brown for “Think (About It)” and Carlos Ward for “Do You Like IT” — both receive songwriting credit.

The video pays homage to iconic dancers of the ’50s and ’60s, and features appearances by Cyd Charisse, the Nicholas Brothers and Cab Calloway. Watch below.

Quiet as its kept, Kodak Black is actually a decent rapper, and “Calling My Spirit” would serve as a good example of that. The track is the fourth single from the rapper’s sophomore set, Dying to Love. Watch the video below.

It was May of 1999 when one of the greatest musical responses first hit the airwaves. Just three months after TLC’s “No Scrubs” was released, Sporty Thievz made the song of every butthurt man’s dreams.

“No Pigeons” was a biting clapback that called out no-good women for having too many baby favas and rocking their best friends’ coats, among other infractions. The song is as hilarious today as it was in 1999; however, now that I’m older, I understand that it is only a certain kind of man who’d feel compelled to respond to “No Scrubs.”

The dissection of that mentality is not nearly worth it (at least not today), so I’m just going to go on my merry way down memory lane. Walk with me! 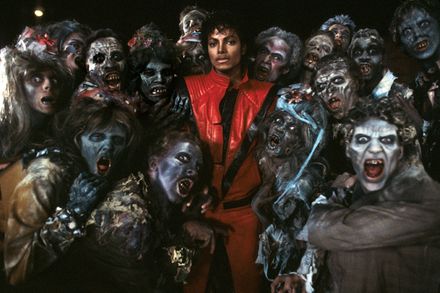 The terms “groundbreaking” and “game-changing” are thrown around pretty loosely these days, but this is an instance where they truly apply. Today in 1983, Michael Jackson’s “Thriller” video premiered on MTV, and just like that, nothing was the same.

The “Thriller” video revolutionized show business as we know it by demonstrating the possibilities of a well-executed visual. At the time of the video’s release, the Thriller album was over a year old and already the best-selling album of all time; the week after the video’s premier, the album sold an additional one million copies — a big number for any era but astronomical for that time. Over the next few months, the Thriller album would doubled its sales. King shit.

The success of “Thriller” established music videos as an essential promotional tool. It also changed the face of MTV, which began playing more music videos by black artists due to MJ’s popularity. I could go on and on and on, but I’ma stop right here. Watch the “Thriller video — in all of its 14-minute glory — below.

Travis Scott is back with another video, and as you can imagine, the visuals are amazing. We see actual home footage of a young Travis Scott, which transitions into a dream in the video, where “Young Travis” falls from the sky into a forest that eventually turns out to be AstroWorld, the shuttered amusement park after which Travis’ latest album is named. My head hurts. Check the video out below.

After weeks of teasing, we finally have the video for Ariana Grande’s “Thank U, Next,” which pays homage to some of the greatest “chick flicks” — I hate that term — of all time, namely Bring It On, Legally Blonde, Mean Girls and 13 Going on 30. While the video isn’t bad, it doesn’t nearly live up to the hype. Also, I think Ari might have given us a little too much of the good stuff, so there wasn’t much left when we saw the actual video.

As seen in the trailer, we have appearances from Jennifer Coolidge, Jonathan Bennett and Stefanie, but the big surprise is Kris Jenner, who plays Regina George’s “cool mom” — Amy Poehler’s character from Mean Girls. Watch the video below.

Chance the Rapper released two new tracks, “The Man Who Has Everything” and “My Own Thing” (featuring Joey Purp), just under three hours ago. Both tracks sound like standard Chano, or should I say, standard Chicago rap.

“The Man Who Has Everything,” produced by Nascent and Jeremih, reminds me a bit of “Jay-Z’s “Marcy Me”; “My Own Thing” — produced by Stix, JustSpvnk, B-Real, Eric Butler and Verner — reminds me of the  gospel-infused up-tempo on Coloring Book. Both songs are dope. Check ’em out below.

“The Man Who Has Everything”

Lingerie, pasties and lots of ass-shaking. The sex appeal was on a hunnid thousand trillion in the just-released video for the “Good Form” remix, and given the song’s lyrics, I would’ve been disappointed if we got anything less.

The new verse from Lil Wayne was a great addition. Look out for a few famous faces in the video, including Lauren London, Evelyn Lozada and Tyga.