Maxwell just dropped the video for “Shame,” the second single from his upcoming album, blacksummers’NIGHT — the third in the trilogy. The singer describes “Shame” as a modern love song about the barriers to intimacy caused by a preoccupation with appearances — more specifically, the facades we put up on social media. The video helps convey this message beautifully. Check it out below.

Featuring Ty Dolla $ign, the third single from Mariah’s upcoming album, Caution, is about a long-term romance that was doubted by naysayers. The track was produced by Skrillex and Poo Bear, and I swear I had to be sure I was reading that right. Skrillex??! I didn’t know he had it in him.

My only hope is that Mariah doesn’t disappoint with the video, but Mariah gon’ Mariah. Listen to “The Distance” below.

Future will be releasing a joint album, titled WRLD ON DRUGS, with 19-year-old up-and-comer Juice WRLD. The album’s first single, “Fine China,” dropped earlier this week. Check it out below.

T.I. just released the video for “The Weekend,” the third single from Dime Trap. Young Thug is credited as a featured artist, but he definitely performs most of the song.

Daniel Caesar sings about strange new addictions on his new song, “Who Hurt You?” which is presumably the first single from his sophomore album. The song, which has T-Pain providing backing vocals on the chorus, gives me early 2000s Ginuwine vibes.

I haven’t spent enough time listening to Daniel Caesar’s music — I have an aversion to artists who present themselves in hipster-ish ways — but so far, I haven’t heard a song from him that I didn’t like.  Listen to “Who Hurt You?” below.

MØ just dropped the fifth — yes, fifth — lead single from her upcoming album, Forever Neverland (due Friday). “Blur” sounds more rock than electropop, which is her regular musical territory; however, the chorus and lyrics are in keeping with what we’d expect from MØ. Listen to the song below.

6LACK just released a video for  “Pretty Little Fears” (featuring J. Cole ), which is the third single from East Atlanta Love Letter. The video is as uneventful as the song. Check it out below.

Bazzi just dropped the video for the radio edit of “Beautiful” remix, which features Camila Cabello. The video shows Bazzi hanging out at a party where he meets an urban angelic Cinderella (complete with angel wings and Timbs). Check it out below.

Jeremih and Ty Dolla $ign — together known as MihTy — dropped the first single from their self-titled joint album this past Friday. “Goin Thru Some Thangz” is about a girl who’s being done dirty by the ain’t-shit nigga in her life. For some reason, the song kinda gives me Travis Scott vibes. Check it out below. 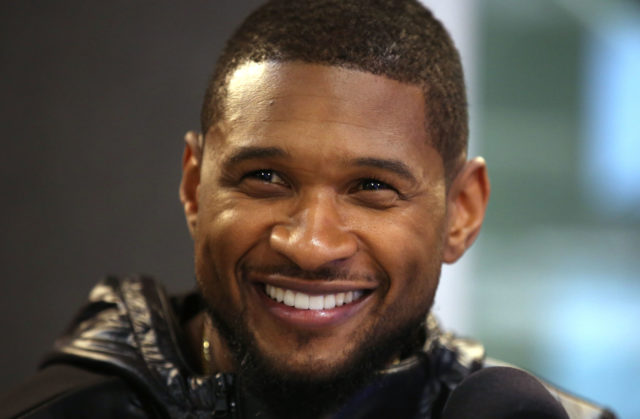