When it comes to British stage names, I don’t think they come as obviously British as Steel Banglez. The DJ just dropped this number featuring MØ and Yxng Bane, which sounds like a cross between a Major Lazer production and something off Drake’s Views album. It’s not fantastic, but definitely worth a listen and very season-appropriate. Check it out. 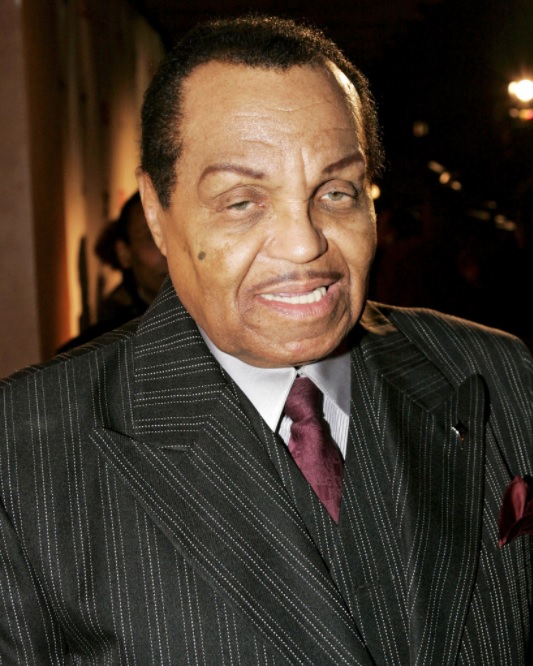 The patriarch of the Jackson family has passed away at the age of 89, just a month shy of his 90th birthday. Joe Jackson had been diagnosed with pancreatic cancer and was hospitalized in the final days of his life. He is reported to have been surrounded by family members at the time of his death.

Papa Joe is one of those public figures I’d describe as a revered villain. For years, Michael publicly spoke about how violent Joe was towards him and his siblings, painting an image of an unloving father who was only interested in grooming entertainers. This is all bad, but the selfish fan in me knows that we would not have the greatness that is Michael (nor Janet, for that matter) if Joe wasn’t demanding perfection from them since birth. I just wish he could’ve been less abusive or at least acknowledged the errs of his ways, which he never did.

Either way, Joe Jackson has given us more good than bad, and may his soul rest in peace.

Naughty by Nature is one of those rap groups that don’t seem to get the proper recognition they deserve, but I’m here to tell you that they made some of the greatest songs of all time. This includes “Feel Me Flow,” the lead single from their 1995 album, Poverty’s Paradise.

If you couldn’t already tell, I’m a sucker for a mid-tempo with a good melody and a danceable beat, so this song is exactly my idea of good music. Get into it.

The light is coming to get back everything the darkness stole. The chorus of the latest Minaj-Grande collabo is a word if I ever saw one, but unfortunately, I’m not sold on the actual music. It sounds like it could *possibly* grow on me, but after three listens, issa no for me, dawg. It sounds like a throwaway track from Nelly Furtado’s Loose album; percussion-heavy beat, talk-singing and things of that nature. The song was produced by Pharrell, but I’m sure Timbaland is somewhere wondering when he made this beat.

Also, the video is trash. Ariana should ask for a refund. Check it out below.

According to this song, Rita Ora enjoys making out with girls every now and then. I don’t want to describe the song as unimaginative, so I’ll just say that Katy Perry did it better. “Girls” features Cardi B, Bebe Rexha and Charli XCX, and the video looks like a Dove commercial. Check it out.


PS: Up until this year, I couldn’t tell Bebe Rexha and Charli XCX apart. They both have X in their names and make similar-sounding songs.

GoldLink seems to be on a roll. “I Can Feel It” is on the Uncle Drew soundtrack (that movie looks terrible btw) and features H.E.R.

The song samples Esther Rolle’s “I Can Feel Him Moving” and sounds like something Common would make. At just 2 minutes and 35 seconds, I wish the song was at least a minute longer, but I’ll take what I can get. Check it out below.

18 Jun XXXTentacion Has Passed Away

Rapper XXXTentacion — real name Jahseh Dwayne Onfroy — passed away a few hours ago. He was shot at a motorcycle dealership in South Florida in what appears to have been a drive-by shooting.

Only 20 years old, XXXTentacion was controversial on- and offstage, and was recently placed under house arrest awaiting trial for an alleged assault of a pregnant woman. He rapped about dark subject matter and often made reference to being depressed. He also made more than his fair share of enemies in his short career.

He was no angel, but no one deserves to die this way. My thoughts go out to his family.

While I do hold contempt for hipsters and hipster culture, I acknowledge good work when I see it or hear it…so, in a way, yes, hipsters are allowed when they create dope shit. “Ride or Die” by the Knocks (featuring Foster the People) is a dope-ass record that gives major summertime beach vibes (or rooftop vibes for people like me that hate the beach). The lyrics are exactly the kind of carefree and yet melodramatic words we like to hear in the summer:

If you like a song that makes you two-step while you introspect, this is your jam.

The production gives you a retro feel, so fittingly, the video is all nostalgia everything, spoofing a number of classic movies from the ’80 and ’90s, including White Men Can’t Jump, Pulp Fiction, Rocky, Wayne’s World and Men in Black. Watch the clip below.

PS: Making EDM while maintaining a hipster aesthetic is oxymoronic as hell, but we will table that discussion for another day. Today, let’s focus on this gem of a song.

“R.A.N.” is a single from the SuperFly soundtrack, which dropped 10 days ago. The song is standard Miguel — complete with the signature ad-libs and a “candid” giggle at the end — which is by no means a bad thing.

The video, however, is a bit of a snoozefest and exemplifies where Miguel falls short — charisma and showmanship. The clip features Miguel portraying a drug dealer in the trenches with his lady, and none of it is believable. I’m a Miguel fan, so you know I’m telling the truth. Watch the video below.

Yesterday, while many of us in the Northeast were out enjoying the good-ass weather, Jay-Z and Beyoncé released a joint album called Everything Is Love, accompanied by a music video for “Apeshit,” one of the album’s nine tracks. Currently, the album is only available on Tidal (insert eye-roll), but the video for “Apeshit” is available on YouTube. Check it out below.


I’d be lying if I said I liked the song on the first listen, but it has grown on me significantly in the 13 hours since I first heard it. I really want Beyoncé to stop rapping, but she did have some good lines here and there, including “She a thot that you claim,” which everyone assumes is a shot at Kim and Kanye. Please note that I said lines — not bars — because she’s never able to round it out quite right.

Hov, on the other hand, being a rapper by trade, killed it. Best bar in the song:

I said “no” to the Superbowl, you need me, I don’t need you
Every night we in the endzone, tell the NFL we in stadiums too

Fittingly, as Hov spits this bar, we see young black men taking the knee Kaepernick-style. He also calls the Grammys out for snubbing 4:44, which won zero of its eight nominations at the awards show earlier this year.

The Carters wrote “Apeshit” with Pharrell, Quavo and Offset, with the latter two providing ad-libs throughout the song — I actually thought it was all three Migos, but Genius.com be knowing; Pharrell also gets a producer credit (along with the Carters). The video was shot at the Louvre and shows black people being black as fuck in what many would consider to be a revered white space, which can be interpreted as an allegory for Jay-Z and Beyoncé’s current existence as super rich black people who are bold about their expressions of blackness. I ain’t mad at it.