“Body” is the title and theme of Megan Thee Stallion’s new video, which shows her doing what she does best in her Pamela Anderson heels.

“Body” is the first single from Good News, Meg’s new album, which dropped today. In many ways, is is standard fare for Meg: Hard beat and in-your-face lyrics, but for whatever reason, just doesn’t curl all the way over.

Today is Lil’ Mo’s 42nd birthday, so it is only right that we take a look at her greatest contribution to popular music.

“Superwoman” is her biggest hit as a lead artist, and she has had even bigger hits as a featured act, but Lil Mo’s greatest gift to us is “4ever” (featuring Fabolous). Released in April 2003, it was the lead single from her sophomore set, Meet the Girl Next Door.

Though it cracked the top 40 (peaking at No. 37 on the Billboard Hot 100), “4ever” isn’t the kind of song that the average person would even know. However, it holds a special place in the hearts of R&B fans of a certain age.

Production-wise, “4ever” is very ’02/’03, but it offers a melody that is good for any year. And them lyrics? Evergreen.

And of course, Lil Mo sings every word of that song like she means it. Click play.

Ariana Grande just released a music video for “34+35,” the second single from Positions. After watching the clip, I suggest she renames the song “Missed Opportunity.” Because that’s what the fuck this is.

For a song that is so easy to like, a music video should’ve been a slam dunk. Instead, Ari went with a goofy plot line that’s entirely unrelated to the song’s lyrics. I can appreciate an unpredictable video, but this one didn’t quite make it.

The video is somewhat salvaged by the shots where Ari and her squad dance in front of the polka dot LED lights, but beyond that, this was an absolute fail. 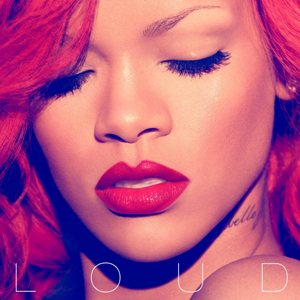 Lil Nas X is back with a new song that sounds a lot like one of his old songs.

If “Panini” had to a half-brother, it’d be “Holiday,” which is not only similar in beat and cadence, but also has a video that might as well be a continuation of the “Panini” clip. B

What’s interesting about “Holiday,” however, is how it reflects on LNX’s journey so far — he is without shame when he admits that “Old Town Road” was a gimmick-powered success. He also brags about his chart success and the respect he gets from rappers despite being a “pop star.”

“Holiday” was produced by Tay Keith and Take a Daytrip — the latter of which also produced “Panini” — and is the lead single from Lil Nas X’s full-length debut. Check it out below.

It’s not often that a 25-year-old song gets a music video, but this week, the stars aligned and underneath them stood Mariah Carey’s lambs.

Mimi released a clip for “Underneath the Stars,” the second track on Daydream and the album’s planned fourth single in the US. Somewhere along the line, plans to release the song were shelved despite having filmed a music video. No clear reason has ever been given.

Back in 2012, Mariah revealed the existence of a video, but added that it was lost. However, the music gods smiled on us and now we have the long-lost video, which is a mixture of behind-the-scenes shots from the Daydream World Tour and a young Mariah chilling, laying upon the grass, underneath the stars.

If you’re wondering why such a romantic and particularly descriptive song doesn’t have a 26-year-old Mariah cupcakin’ with a love interest, it’s because she was married to a 46-year-old man who was jealous and possessive.

Today is Tevin Campbell’s 44th birthday, so it’s only right that this week’s TBT selecton is something from his catalog.

The year was 1993 and Tevin Campbell was months shy of his 17th birthday and getting ready to release his sophomore album. That album, I’m Ready, was led with what would become Tevin’s signature hit: “Can We Talk.”

Written by Babyface and Daryl Simmons, “Can We Talk” has the kind of lyric and melody combo that makes you want to sing along. They’re “accessible” and perfect for a teenage performer, and Tevin’s youthful vocals executed them perfectly.

The song would go on to peak at No. 9 on the Billboard Hot 100, and 27 years later, it is still a favorite among R&B fans and a stable at karaoke bars. 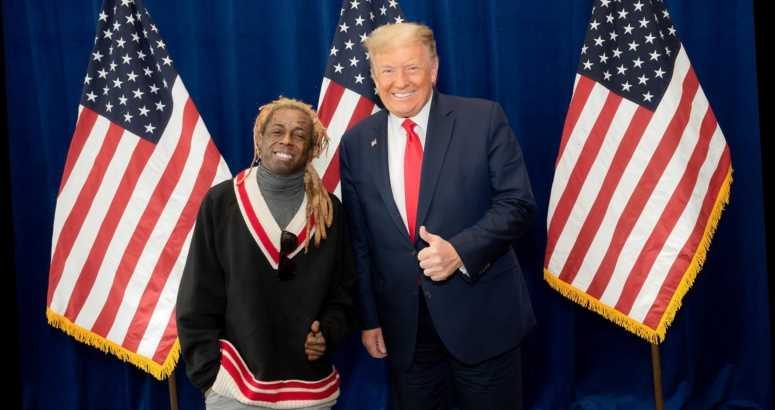 Teresa Kona stopped by to discuss the election and related matters, the Birkin bag debate, and Ariana Grande’s new album.

On March 16, 1971, the night of the 13th Grammy Awards, Aretha Franklin performed her version of Simon & Garfunkel’s “Bridge over Troubled Water.” She had performed it at a few of her shows in the weeks prior, but for the first time, the world got to hear it.

Covering a hit song is always a bold choice, and even more so when that song is only a year old — the original was released in January 1970. However, it was pretty common for artists to cover each other’s shit within months of the original’s release — even Elvis Presley had covered “Bridge” months before Aretha.

On that night at the Grammys, the original won Grammys for Best Contemporary Song, Record of the Year, and Song of the Year. Most people would think twice about covering a song that big on a night like that, but when you’re Aretha Franklin, you can do whatever the fuck you want — especially when you were one of the muses for its creation.

While the original is a haunting and beautifully sung, Aretha’s version is a lot more soulful. She “takes us to church” in the truest sense of that expression. Her version went on to become a classic in its own right, peaking at No. 6 on the Billboard Hot 100 and winning a Grammy for Best Female R&B Vocal Performance the following year.

Ariana Grande leans into the Mariah Carey emulation on Positions, her sixth studio LP and third in two years. The whistle notes appear more than ever before, and the way she uses them is especially Mimi-esque.

Ariana and TBHits are credited as writers on all 14 tracks of the album, with a host of others — including usual suspects, Tayla Parx and Victoria Monet — providing an assist. The central theme of the album is sex, and unlike previous projects, Ariana stays within the confines of R&B — no random pop ditties here and there.

The album opens with “Shut Up,” a violin-driven track with a meme-ready hook. It’s cute for about the first minute or so, then gets really old really fast.

”Shut Up” is followed by “34+35,” a bop that is as raunchy as it is clever, and a No. 1 hit whenever it gets released — because songs this good rarely get left as album cuts. Sonically, it is exactly what we expect from Ariana, which is basically a revival of late-’90s Mariah.

The Doja-Cat-assisted “Motive” has Ariana grilling a suitor over a beat that is R&B yet house yet trap. The track is by far the most original thing Ariana has ever done and one of the shining moments on Positions. Unfortunately, it is followed by “Just Like Magic,” which sounds dated and downright lazy in style and lyrical content. An entirely skippable dud.

“Off the Table,” a duet with the Weeknd, steers us in a somewhat better direction. The track is definitely in Abel’s sonic territory and makes for great background music.

Ariana rap-sings à la Beyoncé to her sometimes possessive man on “Six Thirty,” which is another one of the album’s best. She teams up with Ty Dolla $ign on “Safety Net,” a decidedly unremarkable track that we could file wherever we filed “Off the Table.”

“My Hair” gives us the most mature-sounding version of Ariana we’ve probably ever experienced. The song can be described as neo-soul-lite — think something you’d hear at a lounge frequented Gen-Xers. The track ends with a lot of whistle note action, and is followed by “Nasty,” which begins with a whistle note that sounds particularly Mariah-ish. “Nasty” is about exactly what you’d expect it to be about, and is sung over a basic-ass track beat. The song kinda comes alive at the bridge, but overall, it is quite forgettable.

“West Side” is a laid-back, semi-futuristic jam that feels cooler than most of the album. The mid-tempo track is just over two minutes long — because Ariana is now a real R&B artist and real R&B artists make their best songs unreasonably short.

“Love Language” sounds like a Neptunes production from 2002. The song, which also has disco-ish elements, ends with a 20-second interlude that is better than most of the album. Ariana plays too much.

“Love Language” is followed by the album’s lead single and title track, and then “Obvious,” the album’s very best song. “Obvious” is squarely in Ariana’s lane, but manages to feel a lot fresher than most of the album — perhaps because the pace of the track is slightly slower than her usual up-tempo pace. It is also one of the stronger vocal performances on Positions.

The album that ends with “POV,” a ballad that underwhelms at first but gets better with each listen.

Positions would benefit from shaving off two or three songs, but overall, it is a solid outing by Ariana Grande. As an artist, she seems to be settling into her style, which is definitely derivative of Mariah Carey’s style, but decidedly bolder in terms of lyrical content.

For an artist on a winning streak like Ari’s, there can be pressure to be “experimental” for the heck of it, but with Positions, she proves that if it ain’t broke, don’t fix it. And in an industry that is always in a hurry to condemn successful, young female artists as “playing it safe,” that is powerful.